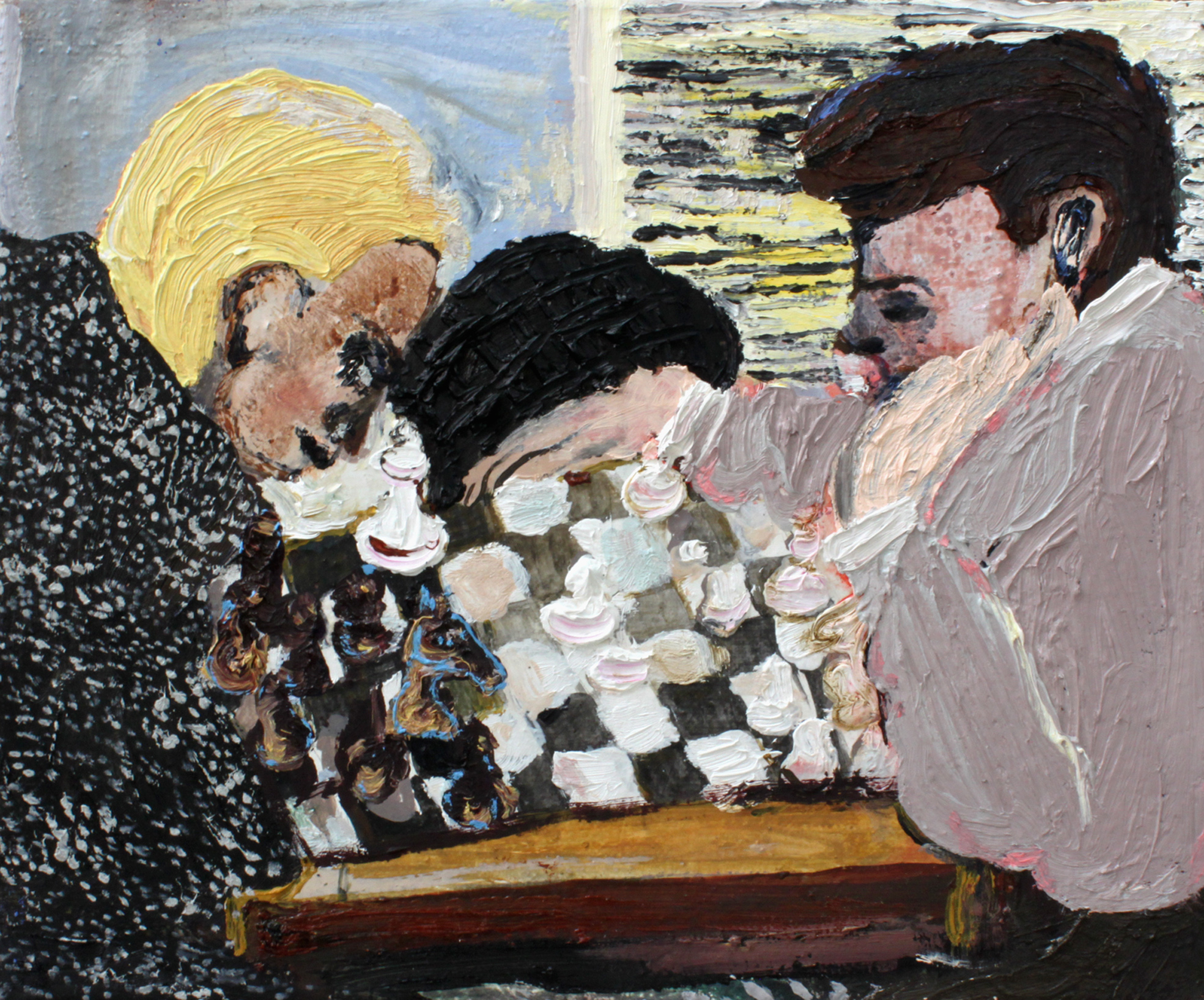 Welcome to the opening of Eeva Peura‘s solo exhibition Black at HAM Gallery on Friday 11th of November, 5–7 pm!

Oil paintings and works on paper, stories and words that don’t form series but tell a story of poetic restlessness and openness towards the process of painting.

“I paint with thick oil paints and squirt the paint straight from the tube onto the canvas. The result is often sticky and clumsy. For this exhibition, I ended up painting in black or earth colours, even though I may originally have had other plans. In my paintings, the paint is a heavy mass which sets into place when moulded,” Peura explains.

The paintings describe an unreal world where peculiar shapes appear from the blackness in the same dignified manner as the people in historical portraits. Black is often associated with darkness, sorrow and something unknown. As a contrast to al the strangeness, there’s also compassion and goodness – the works describe the world, people’s relationships with imperfection.

Eeva Peura (b. 1982) is an artist based in Helsinki. She graduated from the Academy of Fine Arts in 2011 and mainly works with painting and drawing. Recently Peura’s works have been seen, for example, at Forum Box Galleria (2015), Taidesalonki (2014), Galleria Sinne (2013) and the Mänttä Art Festival (2012). In the summer of 2015 Eeva Peura was working as an artist in residence at Cité Internationale des Arts in Paris. In December Peura’s works can also be seen in a group exhibition Främmande (Fullersta Gård, Sweden) curated by Finnish Art Agency. Read more about the upcoming exhibition from HAM Gallery’s website.