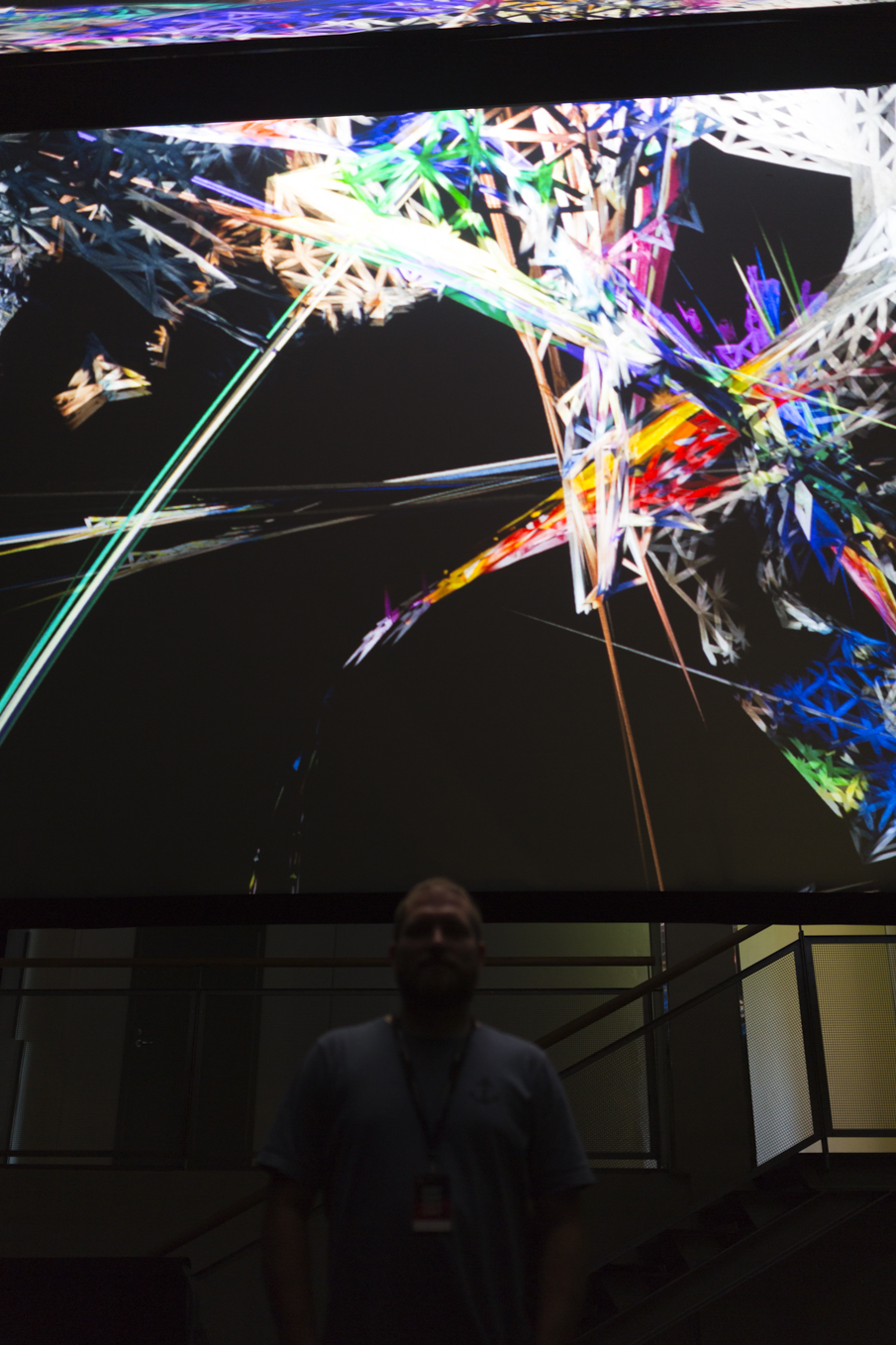 Flow Festival, arranged for the 14th time, was especially characterised by its emphasis on art this year. The festival’s art program was more extensive than ever and partly based on  collaboration with one of Helsinki’s most well known galleries, gallery Forum Box. Finnish Art Agency visited the festival and interviewed the three artists, Juhana Moisander, Pasi Rauhala and Timo Wright, participating in this unique partnership.

Moisander’s works are primarily installations that combine projected moving images, sound and objects. His works deal with themes from everyday life and he plays humorously with a sense of scale, yet this lightness is almost always balanced with an underlying seriousness. At Flow Moisander showed a video piece called Leak. 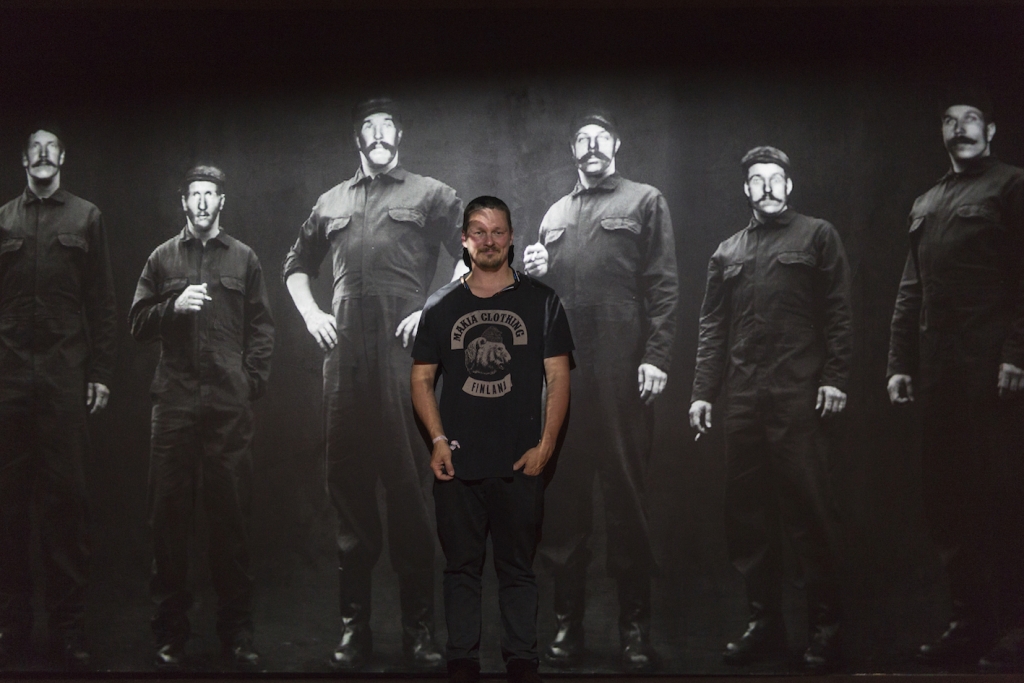 What are the inspirations behind your artwork Leak?
Leak references with the history of the Flow Festival venue, Suvilahti, a former gas plant. While planning my installation I found a photograph from the Helsinki city archives and based to characters to it. In the photo there are factory workers from the year 1926 who gave the faces to the seven characters who are facing the audience at the festival.

What kind of reactions you want to see in people when they are experiencing Leak?
I hope that Leak will stop the festival goers and they will spend some time among it. My piece is a loop like; it doesn’t have a beginning or an end. The essence and the gazes of the characters are more important.

You have done solo- and group exhibitions in Finland and abroad. What does it mean to you to get your art as a part of this appreciated festival culture? I appreciate the opportunity. For me it’s interesting to create projects outside of the white cube. It fits into my way of working where the space and architecture is an essential part of the planning, executing and meaning of the artwork. It is a challenge and an opportunity to work in the festival surroundings; there is a lot of people on the move and audiovisual stimulations.

Why you chose Leak for Flow Festival?
The production process for the installation was quite fast so I stayed with familiar methods. Leak is very typical work of mine: video projections for the architecture of the space. At first I value the space; how people are in it and how the artwork in question would work there.

Rauhala is a media artist who deals with questions related to identity, being human and one’s own place in the world. At Flow Pasi Rauhala showed a new video piece called Wires – Pride, which were projected onto the walls of the inner foyer of Suvilahti’s Voimala building. The other piece of he artist, Wormhole, was an unique animation projection which was projected on the exterior wall of the powerplant.

What are the starting points and inspirations behind your artworks Wormhole and Wires – Pride? Ultimately as a photographer I’ve always been fascinated by the creation of an image and its transfer onto two-dimensional surface. 3D scanners have made me really enthusiastic about modifying reality and translating it from two-dimensional back into three-dimensional form. I’m inspired by what changes in the reality when a scanner only captures fragments that I have modified, transforming light objects into heavy and vice versa. For example, in Wires – Pride the asphalt becomes silk and grass turns into a fisherman’s net. All in all, the virtual materiality 3D-world brings into the picture inspires me and basically all my artworks have their starting point in spatiality.

Your artworks were part of the Flow Festival art program already back in 2009. How would you describe the festival’s development during these eight years? It’s great that Flow Festival was investing in art already eight years ago. Back then it was something very new, fresh and brave. What makes it even greater is that the emphasis on art as part of the festival program didn’t stop there but has been growing with the festival year after year. What really tells a lot about the festival investing in art is that there’s been years I haven’t been able to buy a ticket and instead of missing all the gigs been sad about missing all the artworks.

How do you see the dialogue between the artworks Wormhole and Wires – Pride with the spatiality in Suvilahti area? Both artworks have their premiere in Suvilahti during Flow Festival. Wormhole is completely site-specific and made for this event and space. Wires – Pride is also a new work and it’s form has been affected by its future placement in Kellohalli space and premiere at Flow Festival – even though it will be also exhibited elsewhere. Primarily, my work tends to be site-specific so considering the uniqueness of the exhibition space comes naturally.

What kind of a reaction or feeling do you want your artworks to inspire in the festival audience? During my career I’ve learned that the feeling or mood doesn’t really matter since it changes so much from one person to another. The most important is to evoke a feeling of any kind in the audience. I don’t aspire to shock or intentionally annoy but there’s still those who get very excited and those who get angry. I see all feelings and reactions equally important.

What is the inspiration behind your artwork Displace? The city space is very special inspiration for me. Not only in artistic way, but in politically as well. I love cities and I love the fact how you can get lost in them, how different people meet each other in them and how a specific city can create different kind of physical and virtual tribes and groups. 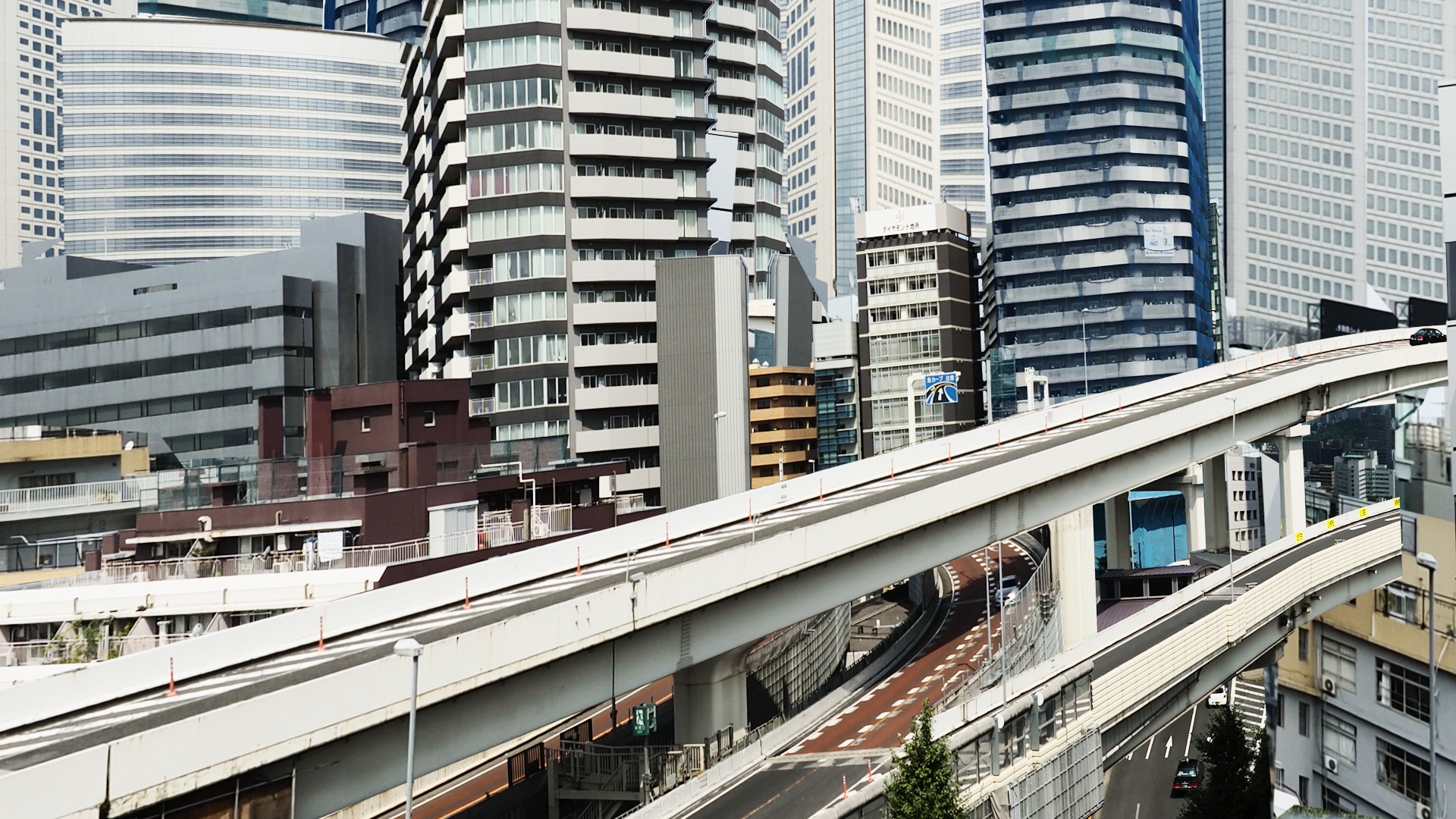 Your artworks have been represented in over 30 festivals. How do you feel that your work is on display at Flow Festival in particular? Every opportunity that makes possible to meet different kind of arts are fascinating. Art is not only in museums and galleries, it´s everywhere. It is important to meet art in every state of mind; drunk, sober, bored or excited. And not only quietly in white galleries.

Displace has been shot in Tokyo and the artwork is crisscrossing between different layers of the city. Why do you want to bring Tokyo city layers to Flow Festival? The concept metropolis fascinate me and Tokyo is a great example as an extreme city. Helsinki is constantly changing and it´s important to think over how we want to develop, maintain and modify the city. Do we want to make it safe, unruly, silent? Who are the ones we want to be part of it: who are the citizens and who are not?

What are the reactions you want to see in people when they are experiencing Displace? How people experience the artwork is not in my hands. The artwork starts to live its own life when I unleash it. I hope people would think their own place in society and physical or virtual space when they are standing in front of my installation. 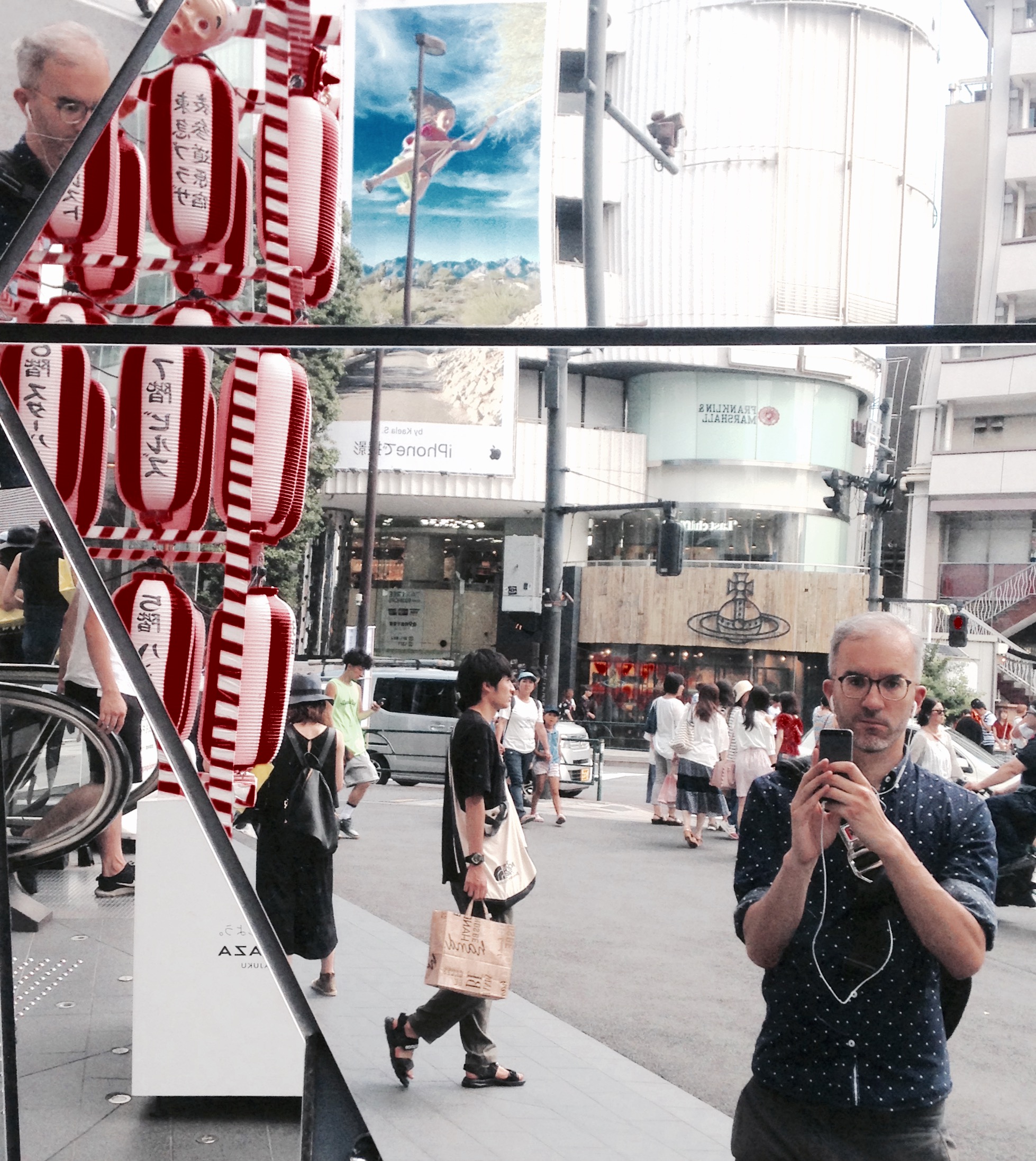