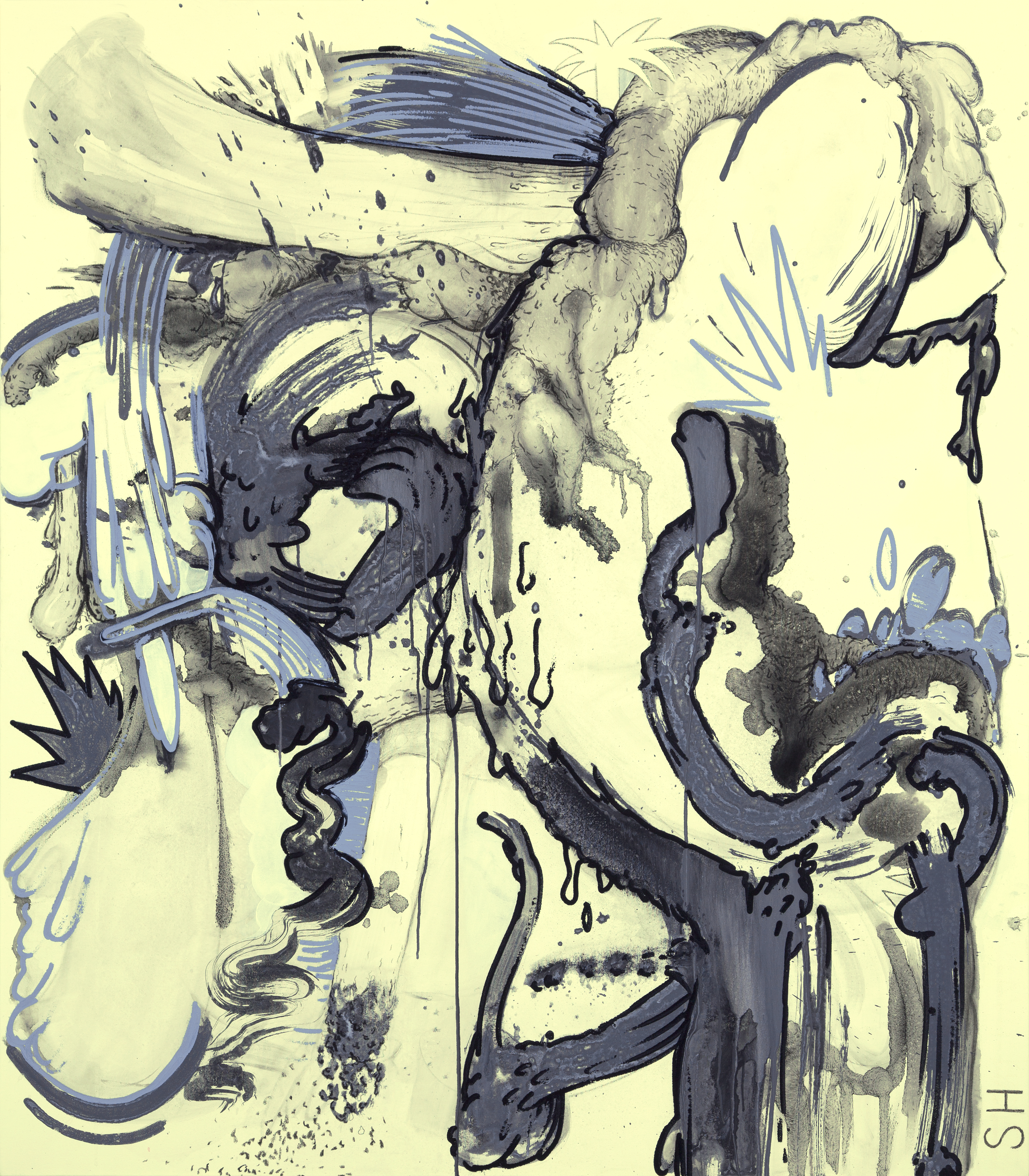 Havia, Hautamäki and Somervuori studied together at the Academy of Fine Arts in Helsinki. The inspiration for both Havia and Somervuori comes from subcultures and their own generation’s visual imagery. The four artist’s exhibition is a versatile package, that shows where the line between painting and drawing nowadays cross. The exhibition has an sincere expression, intelligent insights and also spatial works which have a direct relationship to painting and drawing. Curator Veikko Halmetoja wanted each of the artists to stand out as a recognizable entity, but still keeping an intense dialog between the different artist’s pieces. The exhibition showcases both newer and older works. Prior to Hämeenlinna, the Hautamäki-Havia- Somervuori group exhibition was on display at Aineen Taidemuseo in Tornio 2.10.–15.11.2015.

Sami Havia’s works are recognizable by his dynamic and bold paintings, with references to comic art, graffiti and other various styles. Critics have described his works as abstract expressionism. He’s paintings are a sum of carefree spontaneous intuitive painting combined with a precise detailed drawing, with a comic-like technique. Havia uses multiple layers to create amplified effects, but with careful consideration of details his works result in a thoughtfully finished outcome. 30 of his works will be on display in Hämeenlinna Art Museum.