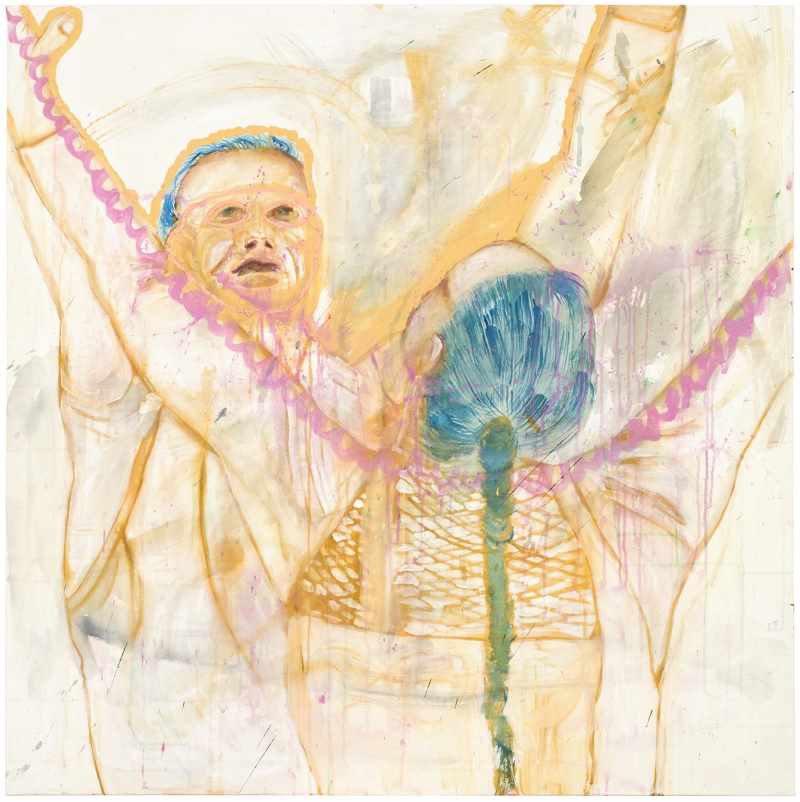 On the 6th of January 2017 Camilla Vuorenmaa opened her solo show Arena for which she has studied and documented circus artists and workers in their everyday chores. The portrait paintings are snapshot-like glimpses of the nomadic life in the circus world and the symbiotic relationship of animals and humans in the surreal surroundings of the circus tent. The exhibition poses a question: What kind of life and work is never-ending entertainment of the audience?

“As a viewer I’m always nervous about the performers being able to do their stunts and will the audience laugh at the jokes. Maybe it has something to do with my own stage fright and my idea of the world of performing arts. The concentration, which is visible in the faces of the performers and the audience; anticipation building up in an empty tent. The representation of joy day after day. What is the everyday life like for the artists, performers and the employees who run the system? With all the performing artists I’m always nervous about the same thing, but especially in a circus. When something magical happens in the spotlight, I’m carried away and in the end clapping and being happy for the performers. This can also be seen as an analogy for athletes fighting inside a ring, where the goal is to maximise the athletic performance. I wanted to explore the faces behind the masks.” says Vuorenmaa.

For the exhibition, Vuorenmaa has collected material from a historical place of entertainment, Brighton Pier in England. This famous place, built on a wooden pier, has inspired Vuorenmaa in her work, where she depicts a kind of slot machine heaven – for some viewers it might seem like a slot machine hell. The excitement of gambling and the hope of getting rich are always present in an amusement park, where people have enjoyed themselves since 1823.

“When I was visiting Brighton Pier’s famous amusement park during last summer, I was interested of its reputation as a place of entertainment. Slot machines spitting out paper tickets, which were used to claim small plastic prizes. Players of all ages are driven by the same desire to win and a passion for gambling”, Vuorenmaa describes.

Two woodworks, a series of paintings and a UV-painting that is visible in the dark are featured in Camilla Vuorenmaa’s exhibition.

The exhibition is open until the 29th of January. Opening hours are:
Tuesday-Friday 11-17
Saturday-Sunday 12-16
Closed on Mondays

More about the gallery Forum Box
FORUM BOX – Space for Art
Address: Ruoholahdenranta 3a, 00180 Helsinki
The last stop of tram 6.

The exhibition has been inspired by Circus Finlandia & Circus Florentino.
The exhibition is produced in co-operation with Finnish Art Agency.