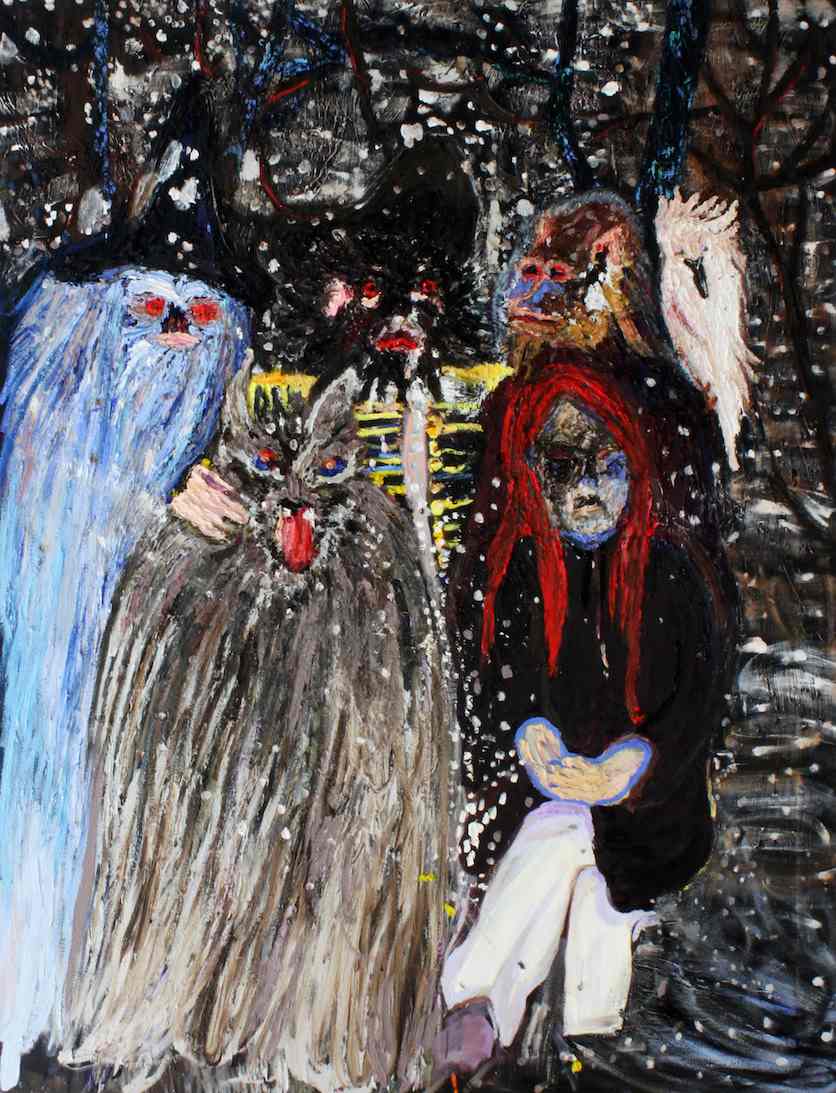 Eeva Peura’s amazing exhibition Black is ending on this Sunday the 8th of January. The exhibition is open between 11-7pm during weekend, don’t miss it!

In Eeva Peura’s exhibition, Black, visitors will be able to see oil paintings and works on paper, stories and words, but the works do not form a series. Instead the works tell a story of poetic restlessness and openness towards the process of painting.

“I paint with thick oil paints and squirt the paint straight from the tube onto the canvas. The result is often sticky and clumsy. For this exhibition, I ended up painting in black or earth colours, even though I may originally have had other plans. In my paintings, the paint is a heavy mass which sets into place when moulded,” Peura explains.

Black is often associated with darkness, sorrow and something unknown. The paintings in the exhibition also describe an unreal world where peculiar shapes appear from the blackness in the same dignified manner as the people in historical portraits. As a contrast to all the strangeness there is also compassion and goodness, because the works describe the world and people’s relationship with imperfection.

“I wanted to paint some ordinary things; serious people absorbed in a chess board or a book club, boxers and the door of a cinema. On the other hand, I also portrayed other kinds of worlds, with monkey fur and rotten branches, wet duck feathers, black water and buckets of sweat from a dead man’s armpit.”

The works have been inspired by melancholy and sensuality, playfulness and sadness, the emergence of the picture and the painting. The works on paper are quick, but they are not sketches of things to come; rather notes on something imagined. Openness and the time spent on the paintings are important elements of the working process, because the paintings are born through time and coincidence, by focusing and looking, layer by layer, detail by detail. Naming the works is also important to Peura, because a name can extend and deepen the themes of the work and create new perspectives.