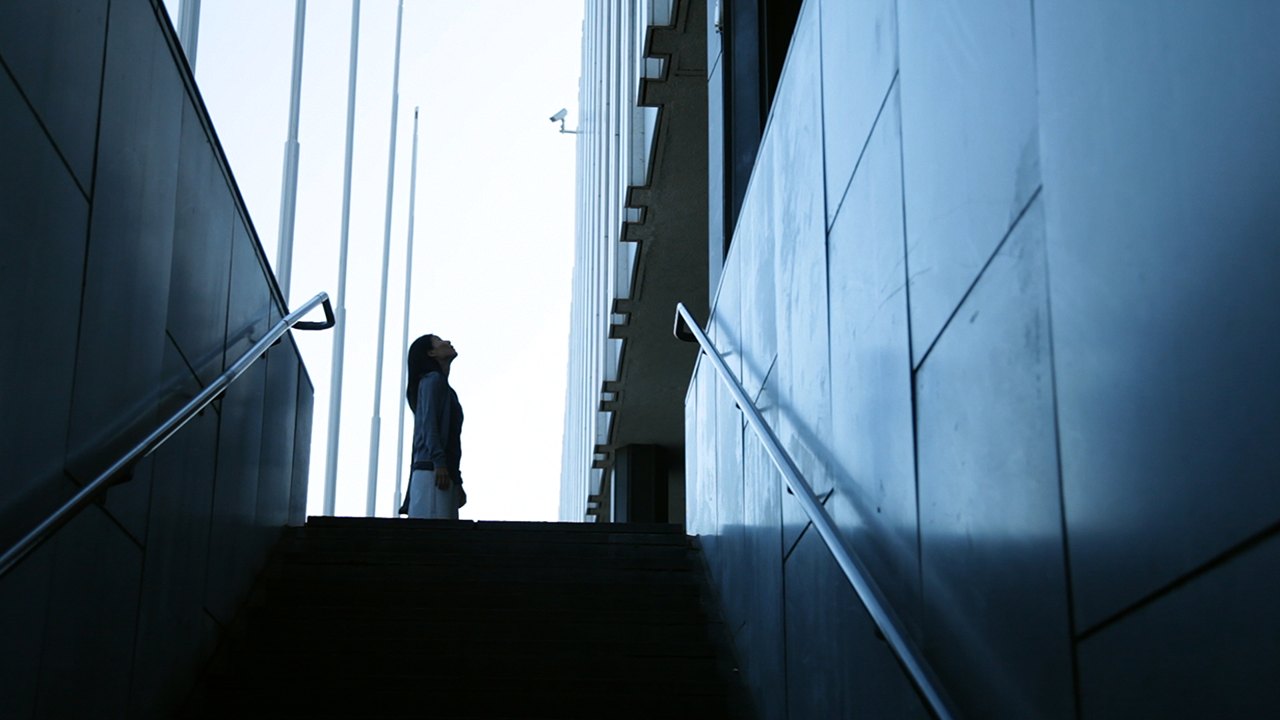 “I have always been interested in architecture and in integrating it into my own work. In Passerby I finally managed to make this dream a reality”, Elena Näsänen.

At the exhibition, the viewer walks with the video piece, like a pilgrim, through buildings designed by Alvar Aalto. Passerby takes the viewer to Finlandia Hall, Stora Enso Headquarters, as well as Alvar Aalto’s home and studio in summery Helsinki. The protagonist, a Japanese tourist, is played by Yuko Takeda, whose laconic performance speaks in its intensity.

Passerby, 24 minutes in duration, is screened at 30 minute intervals, on the hour and on the half hour, starting at 12 a.m.

In her series of photographs, titled The Black Series, Elena Näsänen’s gaze focuses on the significance of human facial expression. Takeda’s face, turned away, distances and creates a space around the depicted figure. The black background of the images and the undressed, unadorned emptiness leaves us with no choice but to face the human being.

Elena Näsänen (b. 1968) studied at the Academy of Fine Arts in Helsinki and at The Slade School of Fine Art in London. Her extensive production has been shown at numerous festivals and exhibitions internationally and in Finland. This year, Näsänen’s work has been exhibited, among other places, at the short film festival Akbank in Istanbul in March, and at Frankfurt Kunstverein in a group exhibition presenting art from Finland.

The exhibition opening is on the 30th of January at 5 pm.