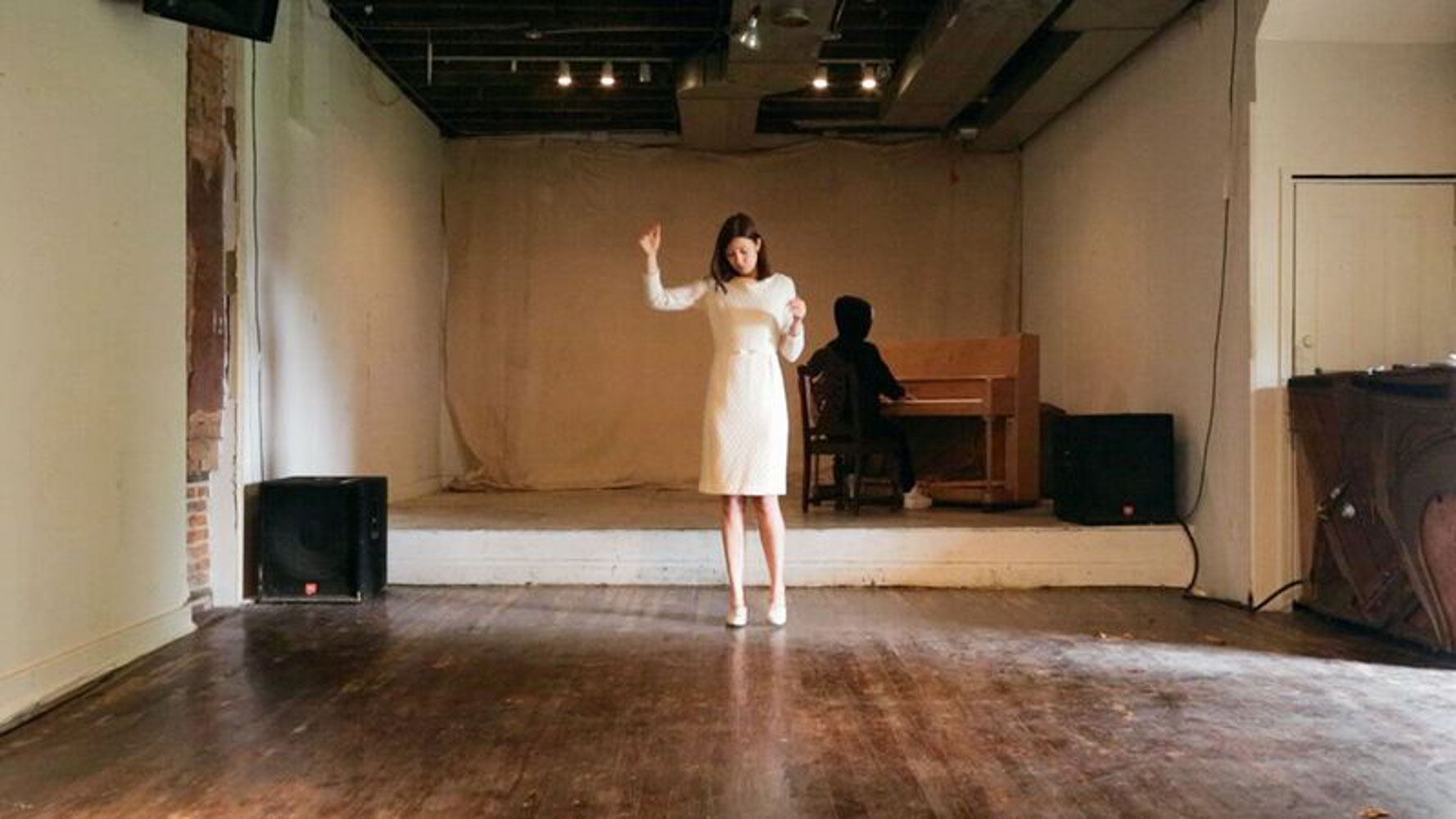 As a part of the #100artinhelsinki project Irene Suosalo will interview 6 interesting contemporary artists. The interviews will be published during spring 2018 on our website. Irene met the artist Aino Aksenja at the Winter Garden in Helsinki, which was picked as a location because it is one of Aino’s favourite places in Helsinki and also the name of her latest solo show in 2017. The next time Aino’s work can be seen is at the event Helsinki-päivä Kääntöpöydällä at Pasilan veturitallit on June 12th, where she’s building a site specific installation together with Lassi Vainionpää. 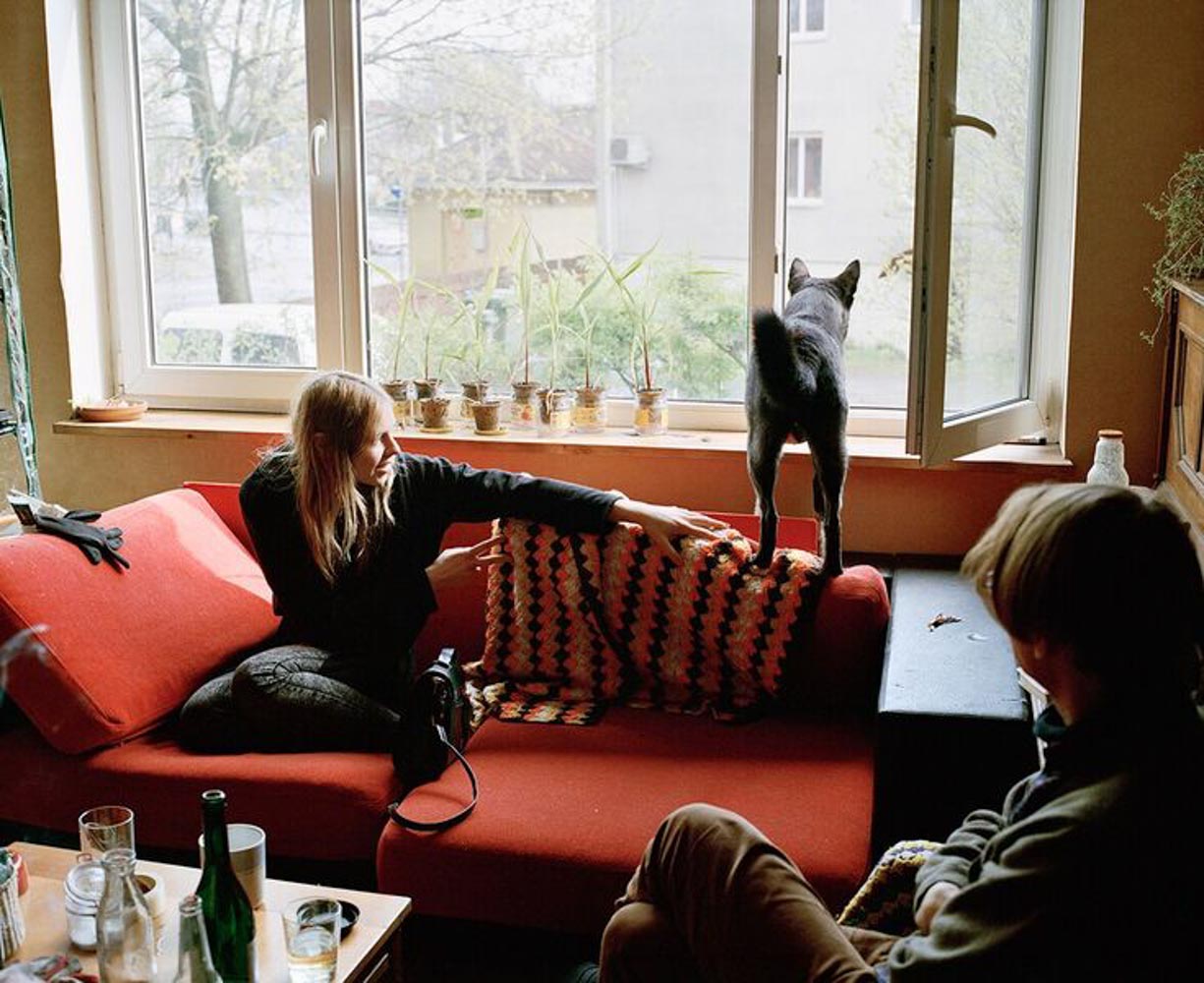 Tell us about your background? How did you end up making art?
A: ”I was always into art but never thought I’d end up being an artist. Growing up I did a lot of drawing, painting and photography, and attended Porvoo Art School (for kids and young people) longer than I did school. I teach some summer courses there now. In my teenage years my dream was to move to Stockholm, go to Konstfack and become a graphic designer. Then later, when I started travelling independently at sixteen, the dream changed into becoming an international documentary photographer. I even thought I could do war photography, which I now think was an insane idea due to my very sensitive nature. After school and working and travelling the world for some years I started studying photography at Fridhems Folkhögskola in Southern Sweden, then after some more travels got into Novia University of Applied Sciences in Ostrobothnia, Finland to do a BA in photography. While studying, it quickly became clear to me that I didn’t want to be a press photographer at all but an artist. I started with photographic art but nowadays work with site-specific installation, moving image and performance as well. I did an MFA at the Academy of Fine Arts in Helsinki, graduating last spring.”

Describe your aesthetic in three words.
A: ”Straightforward, fleeting, wistful.” 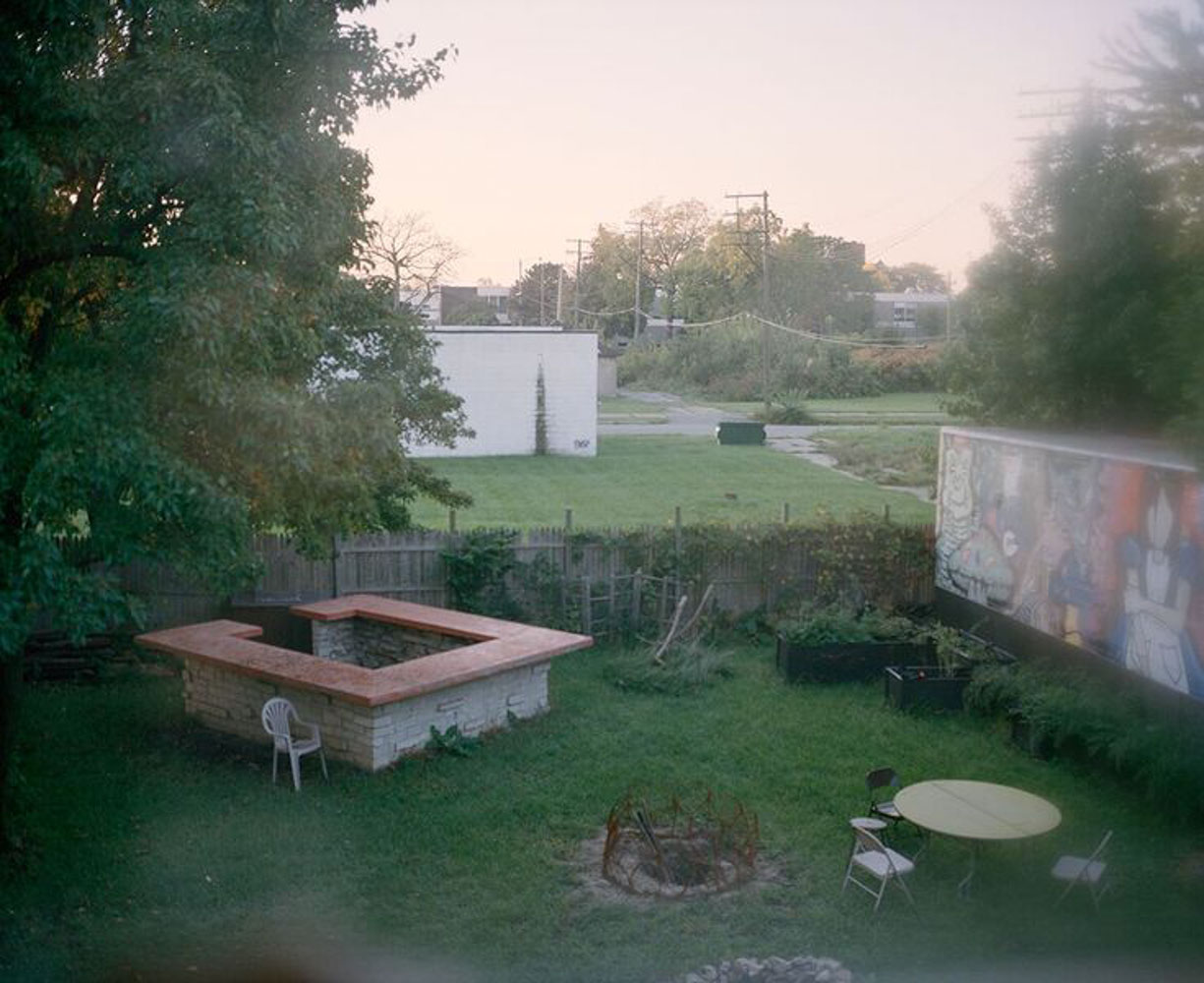 Who or what is your inspiration?
A: ”Everything I see, read, hear, encounter and feel. My work is very linked with my life, and often it is difficult to separate the two. I build a winter garden, a jungle in my home, then write about it, then build the jungle inside an exhibition and make the text about growing it a part of the show, then I take the exhibition down and bring the plants back to my apartment and my studio, where the winter garden keeps growing. Everything is connected and everything affects everything, especially inside my head and in a visual sense. Things take their natural course and a lot of everything I do is based on intuition.”

How has your working developed?
A: ”My practice is in constant change, and I’ve finally understood that routines are not for me. Therefore I have to alter my working methods and everyday habits regularly. Working in residencies feels the easiest for me. Over the years my work has developed in to a more performative direction through different mediums.”

What do you want to say with your works and why?
A: ”I believe, be it however naive, in the power of art as a relief, revealer and as a force in itself. You can say something with art that is all too difficult to disclose in everyday discussion. I try to create a place and space for viewer to think in peace, and to surrender to sentimentality and longing without shame.
Even if it is natural for me to deal with personal subjects in art, it doesn’t make it easy to show them. Sometimes when people look at my works, it feels as if they are wandering around in my head looking, going through my stuff, my thoughts and my emotions, reading my diary.
However I’ve realised that all the things that one really wants to do that also feel embarrassing, should be done in the end. Often, if making something or showing something is difficult, it is important and of significance.”

How do you see the artist’s status in Finland and in the midst of the current state of the world?
A: ”I think that the status of an artist is better in Finland than in many other countries, because of the grant system for example, but it’s not equal by any means. It feels crazy that artists are highly educated for a job that they don’t necessarily ever get paid for. Yet, I know some artists that have moved to Finland because here they have the opportunity to provide for themselves while making art at some point of their lives at least. The current state of the world is challenging for everyone, and I don’t believe that artists are in any better of worse place in the midst of that.” 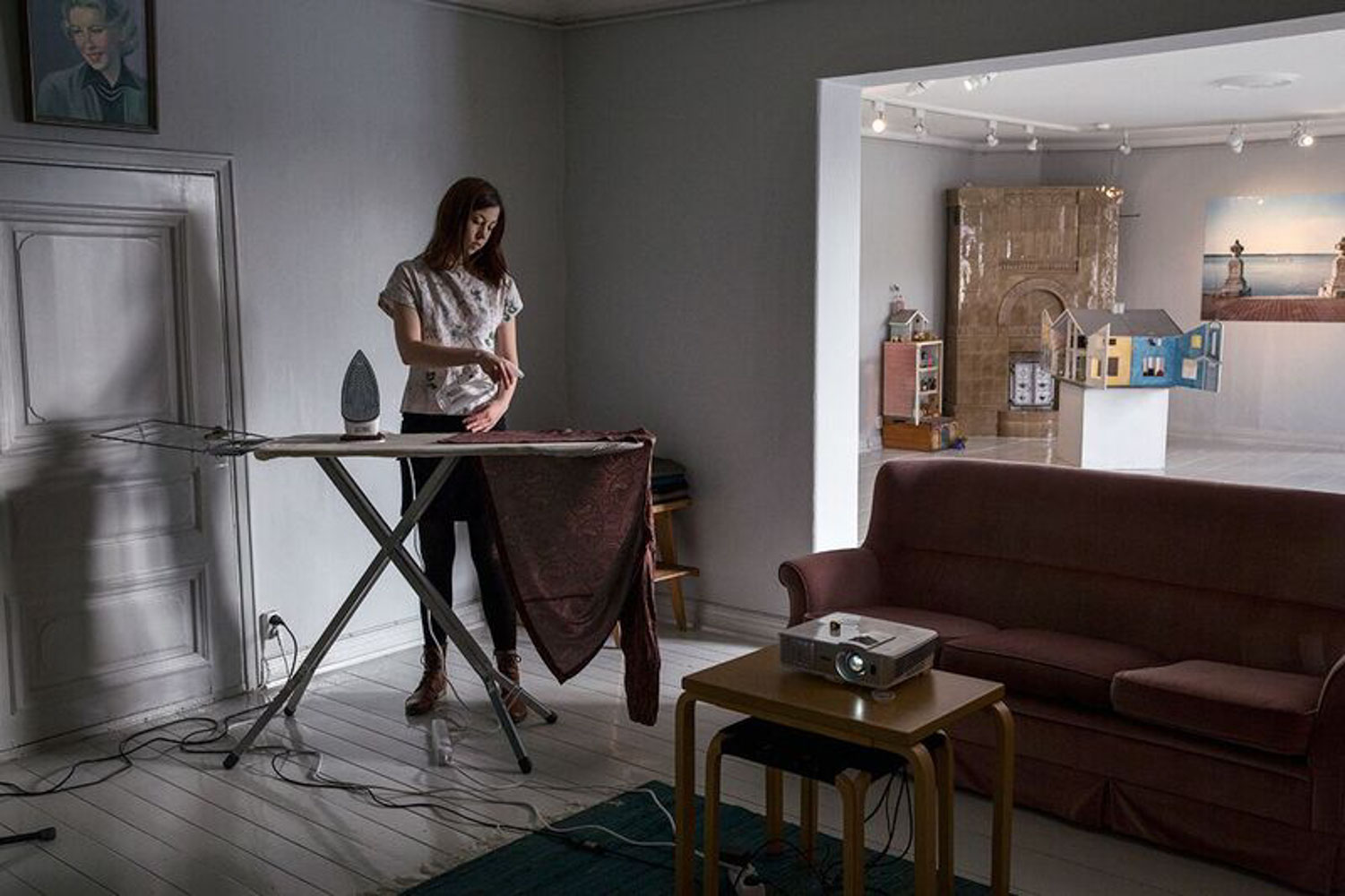 Do your works comment on any of the current social and political problems?
A: ”Every now and then, depending on the piece and project. For example I’ve done works that deal with marine pollution and the rights of sexual minorities. Currently I mainly work based on the classic thought of the personal being political. I believe that art can open new ways for the viewer to see the world, and be the beginning of important discussions.
The installation we’re creating for the event Helsinki-päivä Kääntöpöydällä in June will be made from leftover, borrowed and found materials, thus being a comment in itself on sustainability. The event is organised by the environmental organisation Dodo that works with sustainable city culture and grassroot city visions.” 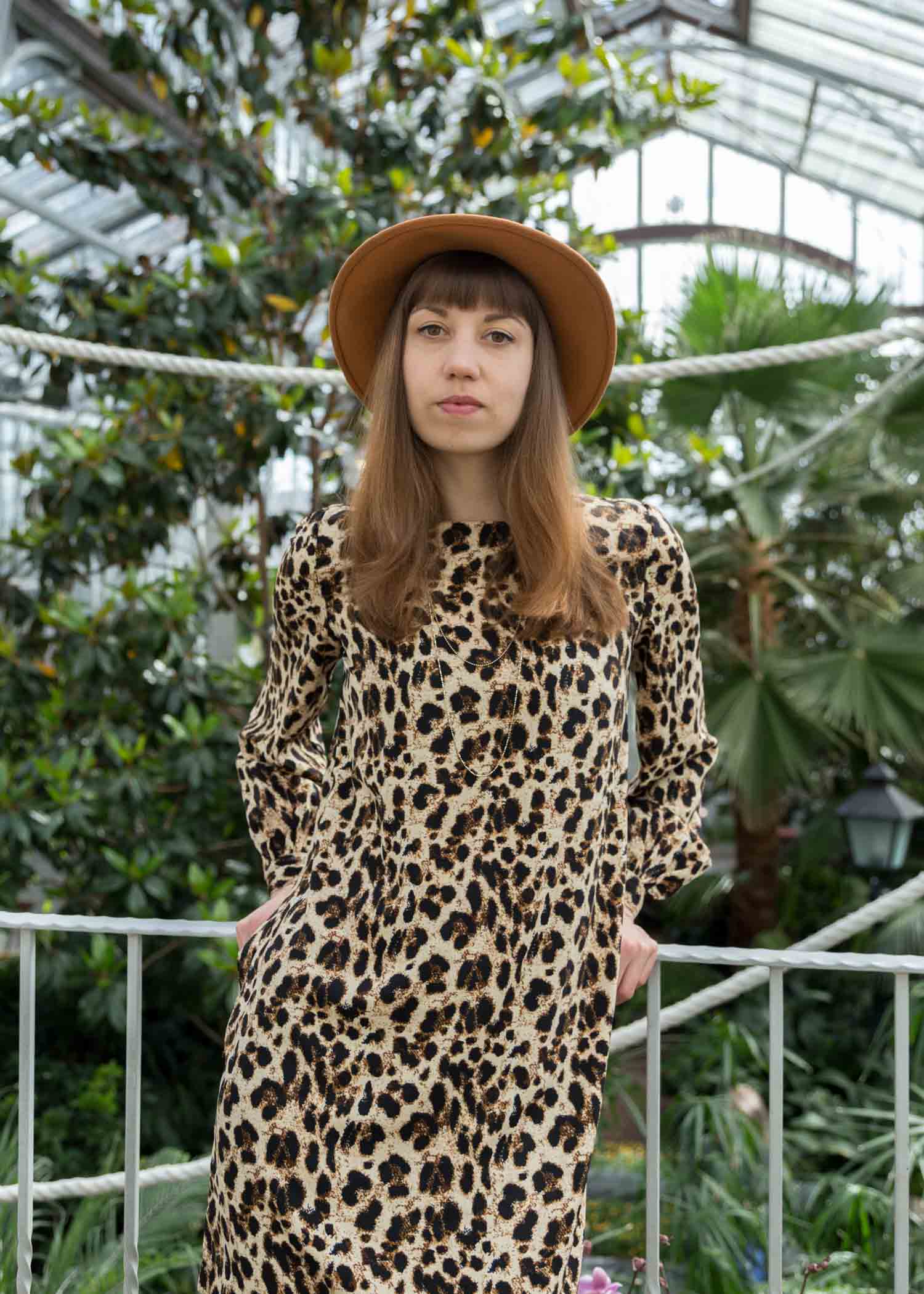 #100artinhelsinki is a project in which photographer Irene Suosalo keeps up with art events, exhibitions and gallery openings happening in Helsinki while also getting to interview few rising artists on their work.