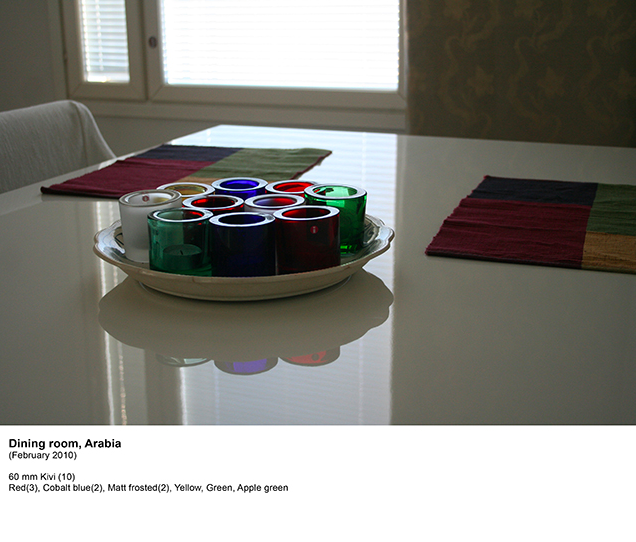 Identity. Behind the Curtain of Uncertainty showcases Nordic, Baltic and Ukrainan contemporary art at National Art Museum of Ukraine. The exhibition is organised by the Latvian Center for Contemporary Art and curated by Solvita Krese. Along with Razavi, other Finnish artist participating in the exhibition are Dzamil Kamanger, Tellervo Kalleinen and Kalle Hamm. The exhibition will take place from the 18th of March to the 22nd of May.

“With this exhibition we wish to re-evaluate the notion of identity, emphasizing its diverse aspects and to welcome the exploration of national, political, territorial, social and gender issues through the prism of identity (…) artists are sharp-sighted interpreters of context and commentators of situation, able to discover and sketch out the network of changes in today’s maps of the world faster than anyone else, and are not afraid to take a look behind the curtain of uncertainty, in which traumas of the past and vagueness of the future are woven together” – Solvita Krese, Director of the Latvian Centre for Contemporary Art

Razavi’s work An Observation of a Utopia is a series of photographs taken while she worked as a cleaning lady in Helsinki. Razavi took photographs of repetitive objects found in ordinary Finnish homes and later found out how popular these objects actually were, “It reminded me of the future societies described in many science fiction stories, or the image of unified life of people described in the utopia of ‘1984’ ” Razavi explains.

Bita Razavi (b. 1983) currently lives and works in Helsinki and in Metsakivi, Estonia. She has graduated from the Finnish Academy of Fine Arts, and have had several solo exhibitions in several locations around e.g. Europe and Middle East.