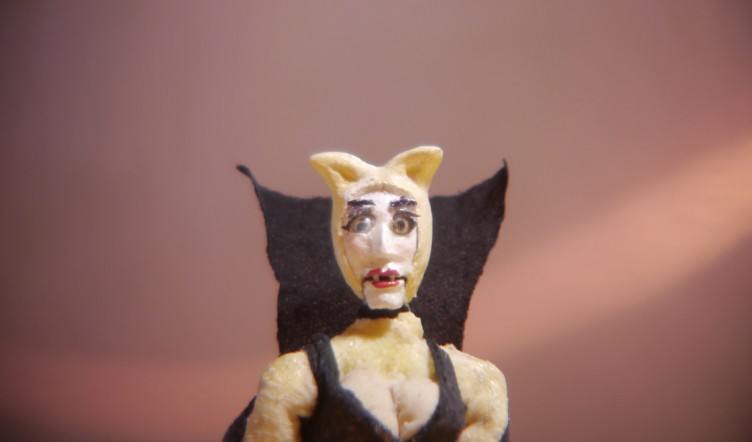 Artist Anssi Kasitonni’s short films have rarely been shown to the public, but now you can see them all at WHS Teatteri Union on Saturday June 18th at 13–16.

Anssi Kasitonni Film Festival consists of short films and an artist discussion lead by a writer and a critic Jean Ramsay. The event is the first film festival organised and produced by Finnish Art Agency, and also part of Sideways Festival’s side events. Kasitonni’s video game sculpture can be admired in an arcade gaming hall in Sideways festival area during the weekend.

A skating flying squirrel, a guinea pig craving for freedom, a female vampire bat and a U.S. space pilot are some of the characters venturing in Kasitonni’s cinefilms. His works deal with the big questions in life: love, morality, sexuality, death and generation gap.

“It is kind of strange to have a film festival of your own, but on the other hand, there are much stranger things happening in the world. When you really think about it, it’s quite logical to have a film festival. I have many films, many people have liked them, so why not organise a festival. Maybe this is one of those things in the universe that are inevitable – that’s the only explanation I can think of.” – Anssi Kasitonni

Anssi Kasitonni is an artist whose works include sculptures made with different techniques and materials, drawings and short films. He won the Ars Fennica award in 2011 and is curating the Mänttä Art Festival this summer. Kasitonni has also made solo music under the name Anssi 8000, and together with his wife Maria under band names Anssi 8000 & Maria Stereo and Stereo 8000.

Tickets 16€ (with Sideways tickets 12€) from Finnish Art Agency Holvi webstore holvi.com/shop/FinnishArtAgency/. The event is in Finnish.