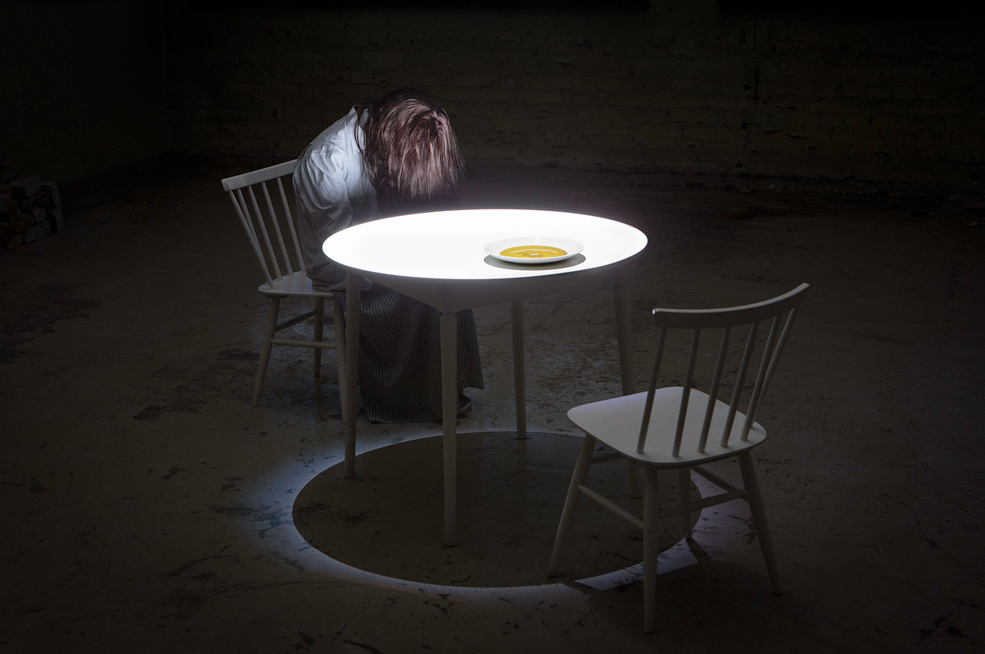 Finnish sculptor Jarno Vesala’s new solo exhibition Being There is currently open for all to see at Anima-Mundi gallery in Cornwall, England. The exhibition will hold place from the 26th of March to the 25th of April.

Vesala’s exhibition Being There contains of moving images, sculptures, lights, sounds and interactive pieces. Vesala uses the human figure to provoke questions regarding solitary human behaviour. He also deals with the topic of isolation, and his works can be interpreted as they are stuck in their own world. The exhibition provokes interactions between people through powerful emotions from melancholy to danger, the works make a very stateful and intimate experience for the viewer. Both new and older works are being displayed.

“We, the viewer, are drawn in to the contained atmosphere, where a profound sense that something notable has or is about to happen lurks within the palpable weight of stillness. We become profoundly aware of the barriers that our bodies provide, barriers between the inner and outer worlds and profoundly aware of the barriers that exist between each other.” – Joseph Clarke, Director of Anima- Mundi

Jarno Vesala lives and works in Nokia, Finland. He graduated from Tampere University of Applied Sciences, School of Art and Media in 2004. Vesala was elected as the Young Artist of the Year 2013. He and Krister Grahn won the 7th Turku Biennial prize with a collaborative work titled Under Construction.

Jarno Vesala, Soup and a Woman, 2012, sculpture and video installation