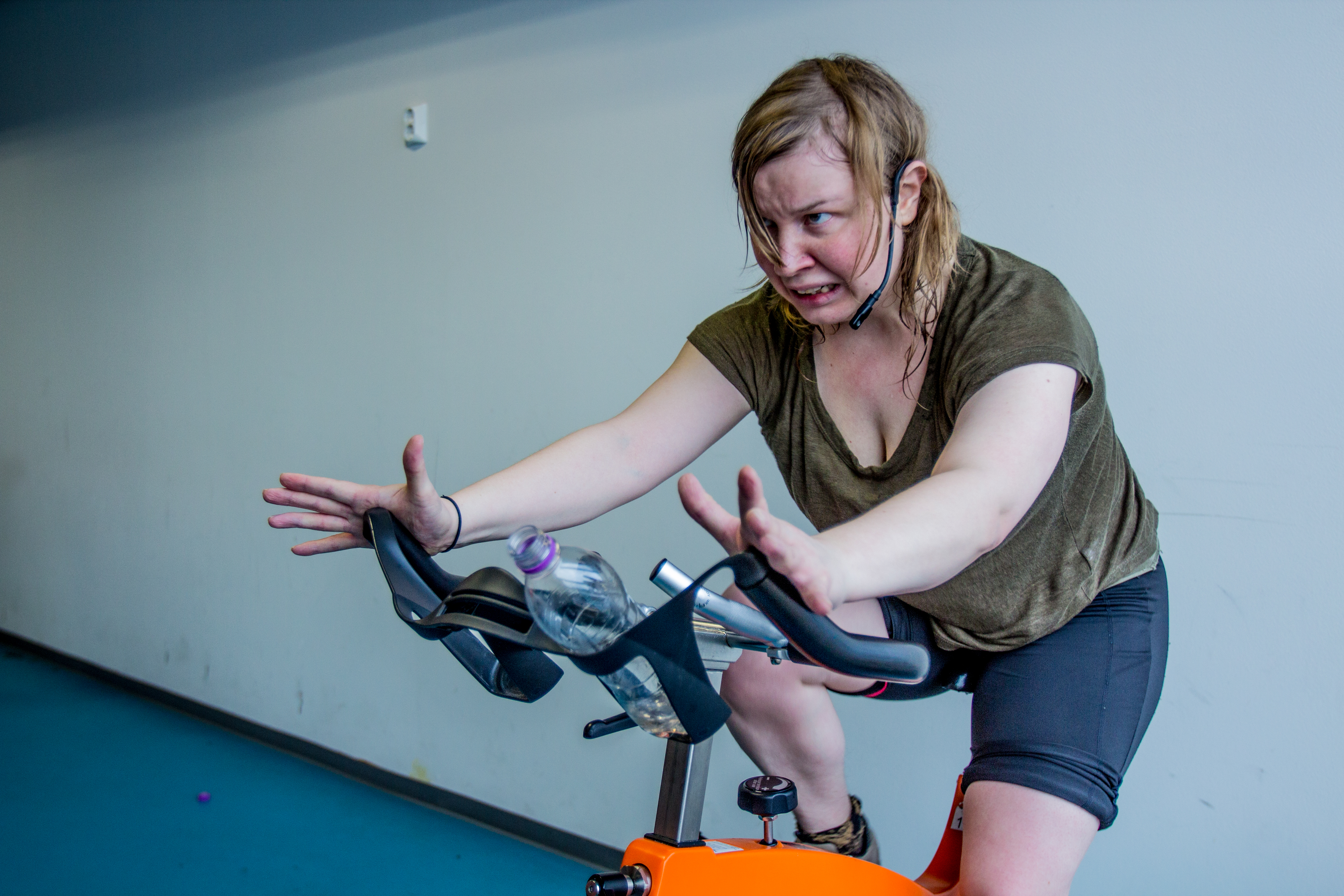 Multidisciplinary artist Martta Tuomaala (b. 1983) is now working on a script for her new project Finn-Spinning-Soumi-Perkele! in Kone Foundation’s Saari Residence until the end of February. Common themes for her artworks are struggles of different individuals and communities. Her latest work Cleaner’s Voice was part of Mänttä art festival last summer 2015.

The upcoming work deals with Finnishness, the culture, the language and the generalised ideas of the so-called Finnish identity during a 45-minute virtual spinning (indoor cycling) class. The artist is the instructor and the viewer is able to participate in the multi-disciplinary spectacle by riding an indoor bicycle. The work is also a tragi-comedy, one woman’s protest against the all-male austerity politics in Finland today. One of main elements are the words of the spinning instructor/artist and the background music, which will be produced in collaboration with rap artist LeppäKerttuTerttu and musician Julius Valve. The script is a dialogue between the instructor and the lyrics with several different themes (e.g. obesity, nationalism, relations between the neighbouring countries etc.).

The final installation comprises a 45 minute video of a spinning class projected onto the wall, with stereo sound and 1–4 spinning bicycles that enable the viewers to take part in the work out. The mirrors both sides of the projection create a typical workout class set-up, when the person is able to see their own movements.

“I’m currently writing the script here at the Saari Residence, and will also soon start testing the structure of the fitness programme and parts of the script in practice, by riding a spinning bicycle.” – Martta Tuomaala