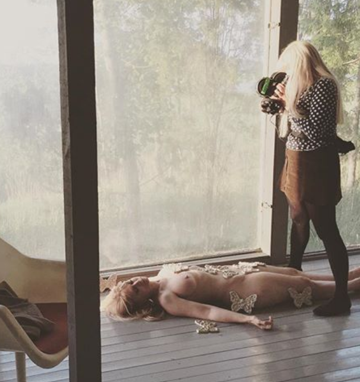 Filmmaker Paola Suhonen will present her intimate cinematic portrait of adult film star Nina Hartley at Helsinki Kunsthalle in December 2016. The exhibition marks the debut of Suhonen’s work as an artist in the Finnish art scene and will also present the Hartley to the larger audience.

From this material, Suhonen has put together an experimental documentary comprising of vinjets, other film material and interviews as a separate audio soundtrack. The film is part of her ongoing project where Suhonen portrays interesting people and their lives from her perspective. The film will premiere in Suhonen’s solo exhibition at Helsinki Kunsthalle, opening on December 3rd 2016. Stay tuned for more information about the upcoming exhibition.