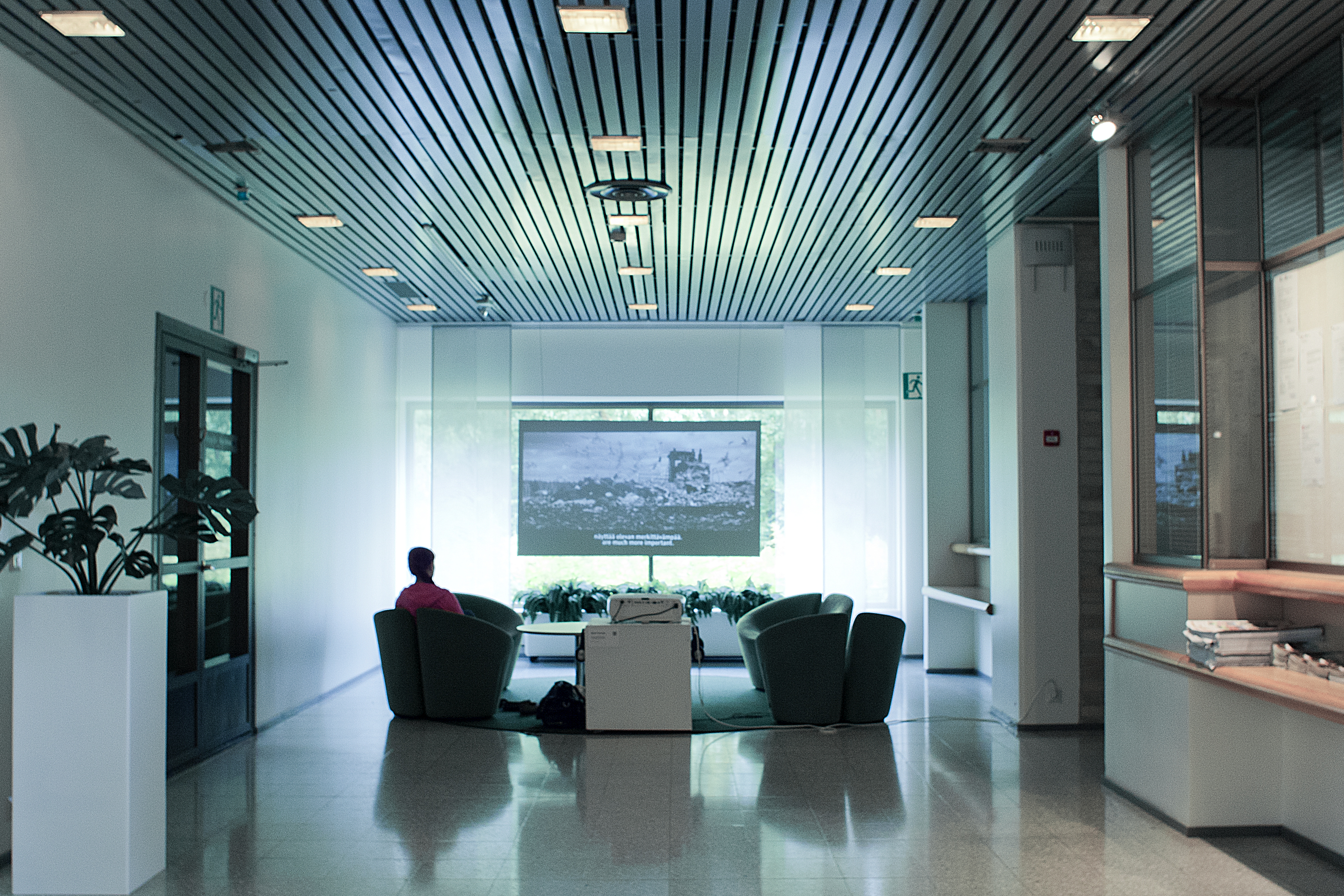 “There was no vacations, and I also worked during the weekends. In the morning I worked with him in the shopping mall Sello, from six o’clock until nine. After that we went to the bus depot (…) I worked from early morning until the night. There was no time for rest.”
– excerpt from Cleaner’s Voice

Video artist Martta Tuomaala focuses on community art and different forms of moving image. Her works deal with social power structures, built-in values and group behaviour. Tuomaala’s recent artworks Cleaner’s Voice (2014) and The Right Not to Be Silent (2014) are on display at Mänttä Art Festival until 31st of August. There’s still time to see this long-term documentary installation consisting of two video and cinematic projects, which attempt to make audible the silenced voice of the labor force. The installation is on display in Aula gallery, in Mänttä-Vilppula city hall.

“Cleaner’s Voice makes use of methods of art and research to reveal the field of relations prevalent in low-paid sectors such as cleaning, and to activate different interest groups to join in collaborative action to uphold the rights of these workers” Tuomaala explains. The structure of her project is processual with the intention of increasing the number of interviewees in the future. The latest version of the artwork, completed in 2014 and now on display in Mänttä Art Festival, contains a 15-channel video-installation Cleaner’s Voice and the cinematic work The Right Not to Be Silent, both about the cleaning sector. In the installation 16 cleaners tell about their experiences of work and everyday life through video interviews. “The Right Not to Be Silent contains fictive, black and white footage, which contextualises the recent changes and challenges felt by the cleaning sector in Finland” Tuomaala summarises.

Martta Tuomaala has written several texts about her continuous project. Cleaners Speak Up: From conflict between workers to common action (Signal 1/2015) can be downloaded from here, and the English version starts from page 58. Näkymätön esiin ja vaiennettu kuuluviin was published in Avek-lehti 2/2014 and can be found here, starting from page 32 (unfortunately only in Finnish). Mänttä Art Festival is one of the major summer exhibitions in Finland and there are several critiques (Helsingin Sanomat and Mustekala) about this summer’s exhibition uusi nykyisyys | new present.

Photos from the installation: Kerttu Hakkarainen 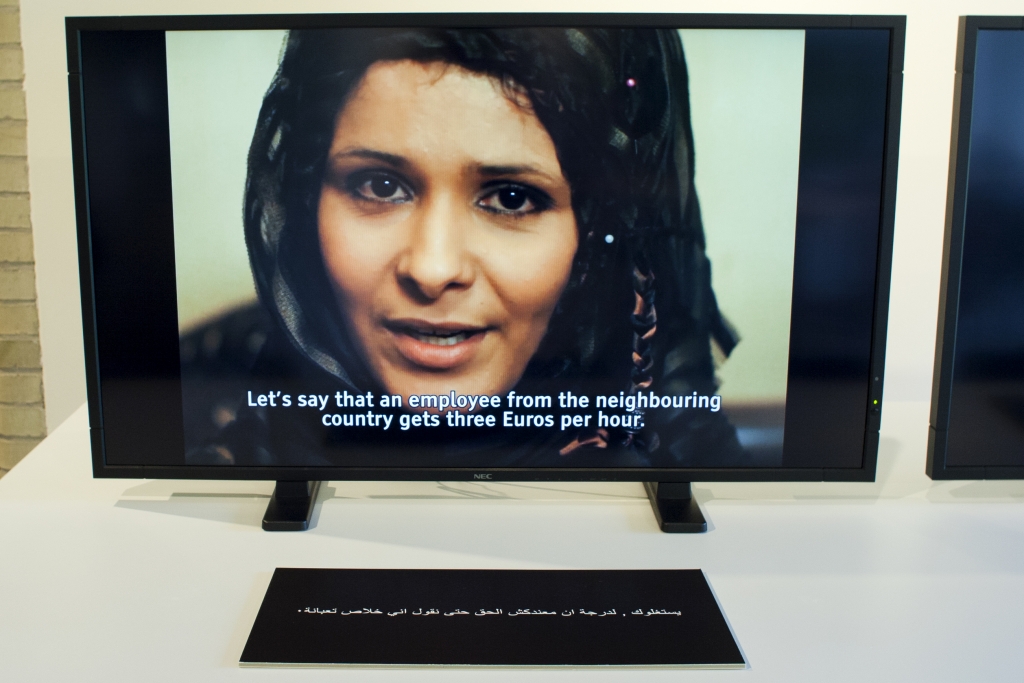