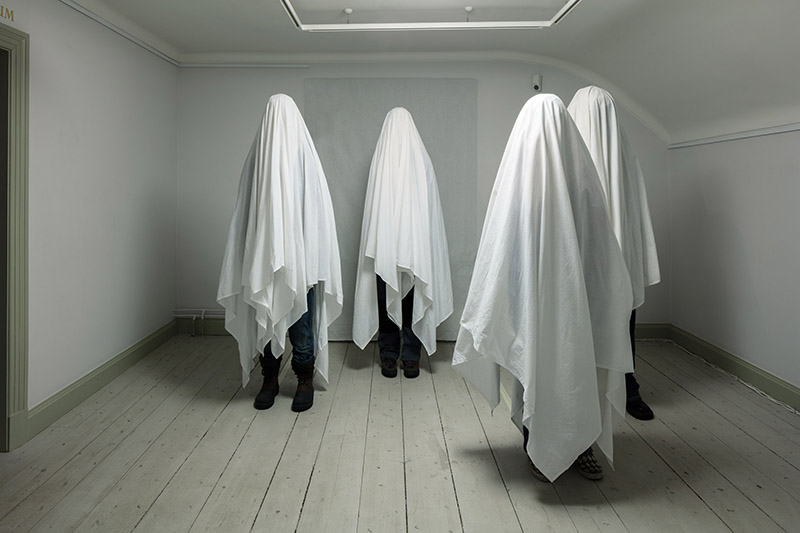 As 2017 is upon us so let’s take a look back and see what the past year was all about for Finnish Art Agency.

In 2016 FAA worked on various projects with its collaborative artists and pursued making new contacts both in Finland and internationally. Last year started off with the final days of New Narrative and Reader – Taiteen uudet tarinat at Salo Art Museum. The exhibition ended on January 17th 2016 and had previously been on display at Bury Art Museum and Sculpture Centre in the UK.

As part of the Finnish Academy of Fine Art prize awarded to her in 2015, Camilla Vuorenmaa’s exhibition The Sea Separates Us opened in EMMA on February 10th 2016. The exhibition received a lot of positive feedback and attracted over 23 600 visitors before closing in mid April. Vuorenmaa’s solo exhibition Arena was on display at Forum Box until January 20th 2017, and in the beginning of February Camilla was shortlisted as one of the candidates for the Ars Fennica art prize in 2017.

Tiina Pyykkinen also presented new works at Forum Box last August in her joint exhibition Mindset with Anna Hyrkkänen. In October Tampere art museum announced the winner of the annual Young Artist of the year 2017. The Young Artist of the Year 2017 prize consists of a 20 000 € stipend and solo exhibitions at Tampere art museum and at Aboa Vetus & Ars Nova in Turku which will be opened later on in 2017. 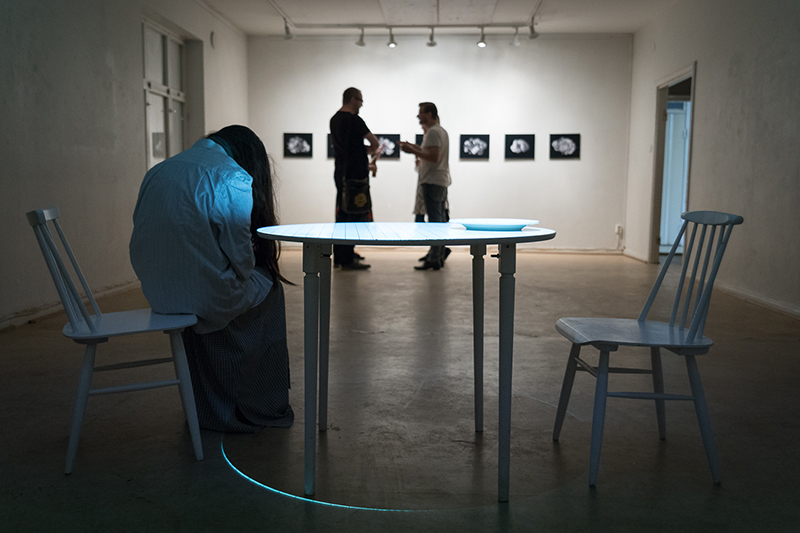 A summer packed with exhibitions

Last summer FAA worked with several artists on different types of exhibition projects. Saara Ekström’s solo show Alkemi opened in Bildmuseet Umeå on the 12th of June. The exhibition was co-curated between Finnish Art Agency’s Laura Köönikkä and Bildmuseet’s Cecilia Andersson. In June Finnish Art Agency also produced a one man Film Festival consisting exclusively of video works by artist Anssi Kasitonni. The event took place at WHS Teatteri Union on the 18th and was also incorporated into the Sideways music festival held on the 17th and 18th of June. Anssi Kasitonni Film Festival was the first of its kind produced by FAA and a great success at that, with a full house of viewers attending. Second Coming, an exhibition consisting of works by Saara Ekström, Anssi Kasitonni, Maria Stereo and Jarno Vesala opened in Gallery 3H+K in Pori on the 2nd of July. Second Coming was based on the idea of presenting works that had already been shown in exhibitions before. The result was a gloomy and somber summer exhibition. The same month FAA collaborated with The Photographic Artists’ Association on curating a commercial exhibition project for the Suomi Areena event held in Pori. The show presented works from selected members of the association and was open to the public during the 11th and the 17th of July. 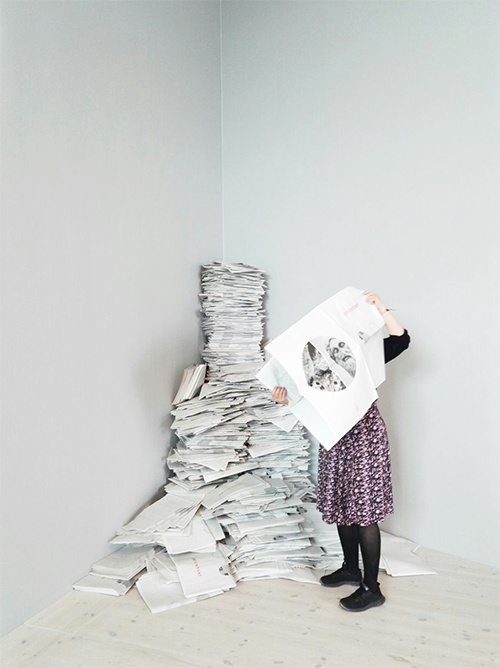 Autumn kicked off with Jenni Rope’s solo show Mobiles and Paintings which opened in Huuto Uudenmaankatu on the 7th of September. In addition to managing the press and marketing for the exhibition FAA also produced an article for Rope’s publication Mobile which was launched as part her exhibition. Other similar artist collaborations towards the end of the year included Eeva Peura’s exhibition Black in HAM Gallery and Paola Suhonen’s debut show Love on the Road in Kunsthalle Helsinki. Suhonen’s exhibition introduced the large audience to her long time friend Nina Hartley and proved to be a real audience magnet for the Kunsthalle.

In early autumn Finnish Art Agency worked together with Jyväskylä art museum on their 14th international printmaking triennial Graphica Creativa – A Present to the Past which was opened on the 17th of October. The exhibition was curated by printmaker Kuutti Lavonen and Jyväskylä art museum’s staff. A Present to the Past attracted a record number of visitors with 11 710 people having seen the exhibition by its closing on January 1st 2017.

In November the application period for the third cycle of SHIFT was announced. The program is aimed for early- to mid-career artists working in Finland and abroad and includes mentoring sessions with Finnish Art Agency staff as well as external mentors. The third cycle of SHIFT offers mentoring for up to six artists who will take part in group sessions and individual meetings as a part of the program. The mentoring team includes Mark Devereux from Manchester’s Mark Devereux Projects, editor-in-chief for culture Satu Nurmio from Finnish Broadcasting Company (YLE), Tate Liverpool content editor Mike Pinnington, freelance arts critic Laura Robertson from The Double Negative, visual arts consultant Katja Räisänen and acting head of exhibitions for HAM Helsinki Art Museum Pirkko Siitari. During the year FAA also hosted Mark Devereux, Laura Robertson and Art Monthly critic Bob Dickinson and introduced them to several talented artists working in Finland. 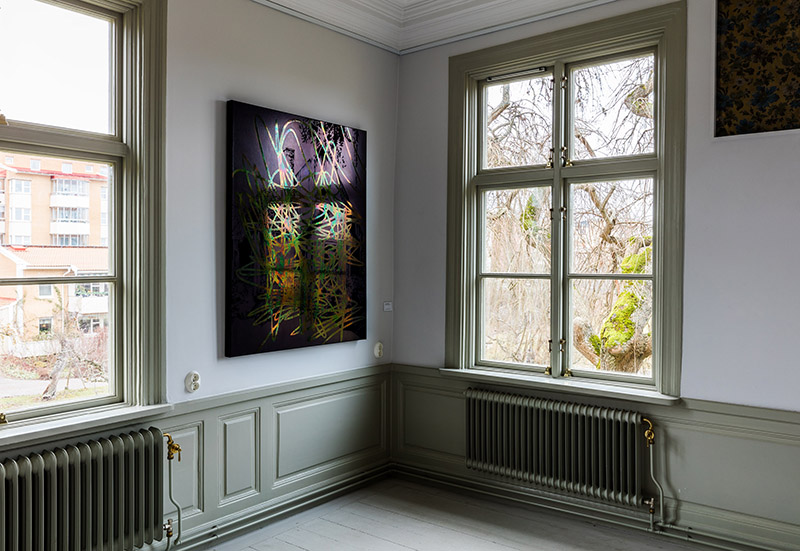 Preparing for a busy new year

2016 was wrapped up with the opening of Främmande/ Muukalainen/ Stranger in Huddinge’s Fullersta Gård, just south from Stockholm. Under FAA’s curation a set of Finnish contemporary painters will be on display until March 12th 2017 in the exhibition which discusses the themes of belonging and alienation. Fullersta Gård is located in an area populated by a large number of Finnish speaking residents and the area is closely connected to the history of Finnish immigration to Sweden. The site functions as an starting point for looking at the history of the region and current topics involving immigration and the ongoing refugee crisis. Främmande includes works from Tiina Pyykkinen, Tuukka Tammisaari, Sami Havia, Eeva Peura, Jarno Vesala, Erno Enkenberg and Sampo Malin.

Finnish Art Agency CEO Laura Köönikkä spent the month of August in Dublin’s Fire Station residency and also took time to forge contacts in New York in preparation of new exhibitions coming up in 2017. Köönikkä also gave lectures on curating in Tampere University of Applied Sciences, Turku University of Applied Sciences, Turku Arts Academy, Hagelstam 2nd School and during Kuopio curatorial days. All in all the year was made up of several ground breaking collaborations and exhibition projects. In 2017 FAA’s Laura Köönikkä will be working with Amos Anderson Art Museum on the exhibition project Generation 2017 which is to present the public with never before seen young talent. The project was launched in August of 2016 and will culminate in the opening of the exhibition later on in 2017.

We had a great pleasure of working with so many talented people in 2016, thank you all for the collaboration and stay tuned for Finnish Art Agency’s upcoming projects in 2017!