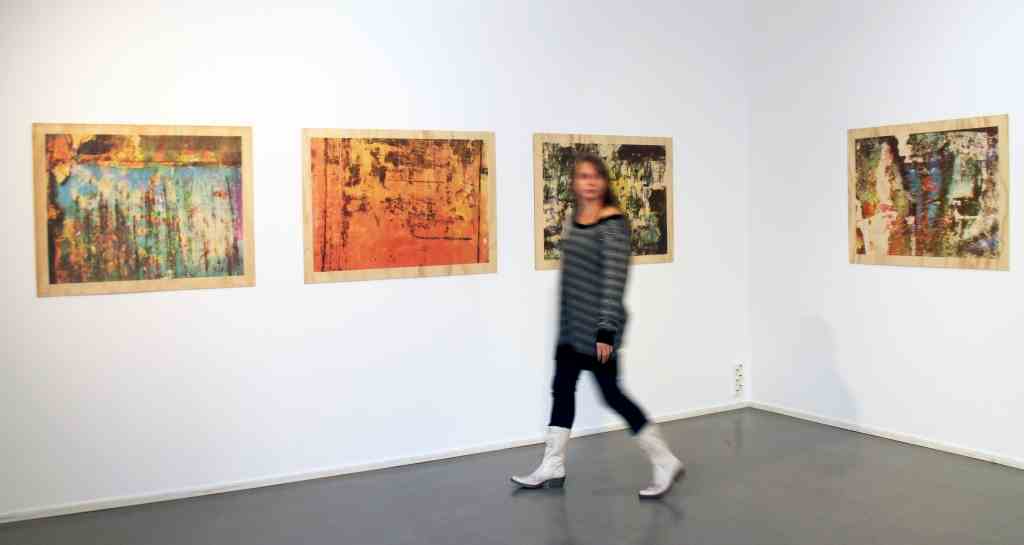 The SHIFT mentoring program vol. 2 is slowly coming to an end and we would like to introduce you to the rest of the participants. Did you already read artist Eeva Honkanen’s interview published in July? You can easily find it here. Over the program all the participants have received advice about their artistic practice from professional writers and journalists, as well as some hints how to deal studio visit situations from national and international curators. Now it’s time to hear what visual artist Sirkku Ketola has to say:

“It has been extremely good and challenging to verbalize my work from a fresh angle. It feels that something essential was clarified during the process”

In the spring Ketola amongst other SHIFT participants rewrote their artist statements. “I’m asking myself why physical doing that almost resembles a sport, is so important to me. Maybe it stems from my childhood’s classical music training and our family’s passion for wrestling, how these and other self-evident things can help in communicating in an art context.” Ketola explains. “The assurance of my artistic practice has grown after going through my own text and showing my works to curators and critics. The feedback has given me strength to carry on and cross upcoming boundaries.” Ketola continues. Agency working between the artist and the international art world was one of the reasons Ketoa decided to join the program. “Finnish Art Agency has introduced me to contacts that will take me further, at the same time it’s crucial to work hard yourself. Meeting curator Mark Devereux made me realise how important it is to artists to communicate their own work.” Ketola expands.

Sirkku Ketola works in Turku archipelago in Finland and in Brussels, Belgium. Her artistic perspective is formed of many different elements. Ketola describes herself as a civilized sauvage. Brussels has taught her a lot about the proportions and the competition in the visual art scene – the level is very high. “People want stories, dialogue and professional debate, so it’s even more important to talk about one’s work. People dare to disagree. One has to make noise to be seen and that’s hard. Good contacts are vital” Ketola crystallizes. “When I think about my practice in Finland and Belgium, at home I can concentrate on the physical doing and in Belgium I network. New artwork ideas are born and contested in both places. This double critique gives more than it takes.” Ketola sums up laughing. 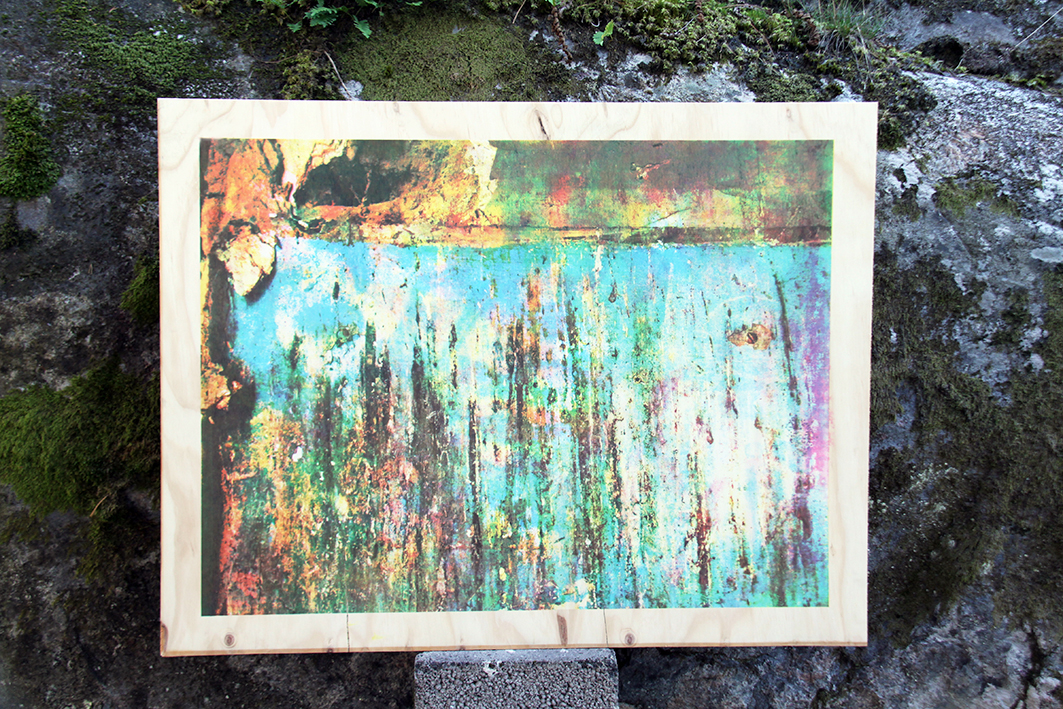 “For me hand making is a language for the discussion between materiality and spirit, analytic thinking and intuitive doing”

Sirkku Ketola’s solo exhibition CODE – Handling-ing is currently on display at Galleria G, Helsinki (28.9.–23.10.2016). The artworks are based on her photographs taken in Paris, Brussels and Helsinki in past few years, and are printed on wood by hand. The hand printing technique changes the digital photo format into something different and the image begins to bend. “I think about the language and the structure of phenomena, and their interaction with each other. Compared to my last exhibition Still Hearing the Whispers of the Queen in Turku Art Museum, it now felt good to zoom into details.” Ketola describes. “I love walking especially in big cities. The structure of the streets prevents one from digressing and makes intuitive drifting possible. One gets lost in moments. I observe the traces of the city and ponder the life and death of cultures. What has happened? The photographs I take makes it possible to travel through different times.” Ketola illustrates. Ketola has printed QR codes behind each work that allows the viewer to compare the piece of art to the original file. One can also contemplate which lasts longer: an unique wooden artwork or a hidden Youtube link. 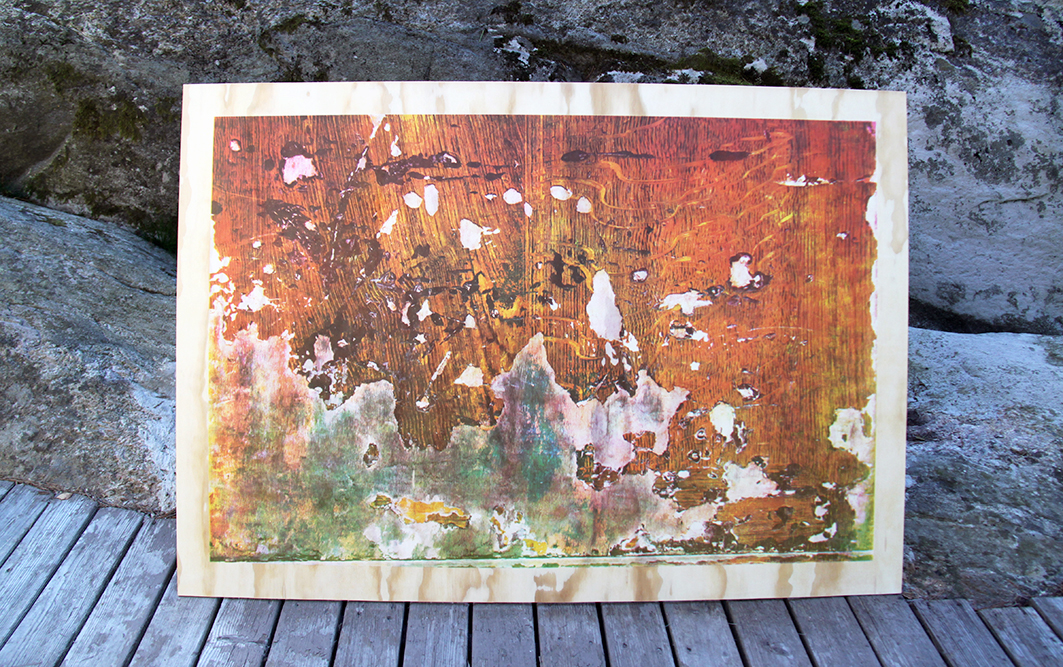 “I think of the phenomenon through the strength of the body, the sensitivity of the hand, the change in work, and longing for sensuality and beauty”

In February 2017 Sirkku Ketola will travel to Toronto with her performative piece A Body Called Paula, performance in progress. While printing her installation Enraptured (suom. Pauloissa) for Helsinki Kunsthalle in 2014, Ketola realised she was performing a quiet show at her studio. Repeating the image on hundreds of meters of paper with different colour layers turned almost into a dance. Thin paper requires a certain choreography and the idea was born. “Doing the dishes and printing serigraphy are similar in many ways. One repeats mechanically the same movement and thinks about other things. As an outcome one has a clear mind and clean dishes, or series of prints. I ended up with a performance, because making serigraphy with all its phases is really a performative act.”

A Body Called Paula is based on the alliance of humanity and mechanical reproduction. As a part of the bigger machinery can a person choose his/hers work? Is the work done necessary? Paula’s task is to print beautiful ornament. She seeks the rules for beauty, believes in the power of making good and gives her body to this task. Paula produces ornament in which the repetition creates structure and mistakes makes evolution possible. One body lives for a while and leaves traces of change in the universe. Each of the performances last for a couple of hours, months or years. The ornament ribbon will be completed during one exhibition. The final installation comprises of several ribbons from the chain of international shows, which individually deal with issues of beauty locally. “There are ornaments in every culture and nature is based on reproduction, such as a human being. I’m very excited to travel to Toronto with Paula in the upcoming winter!” Ketola rejoices. 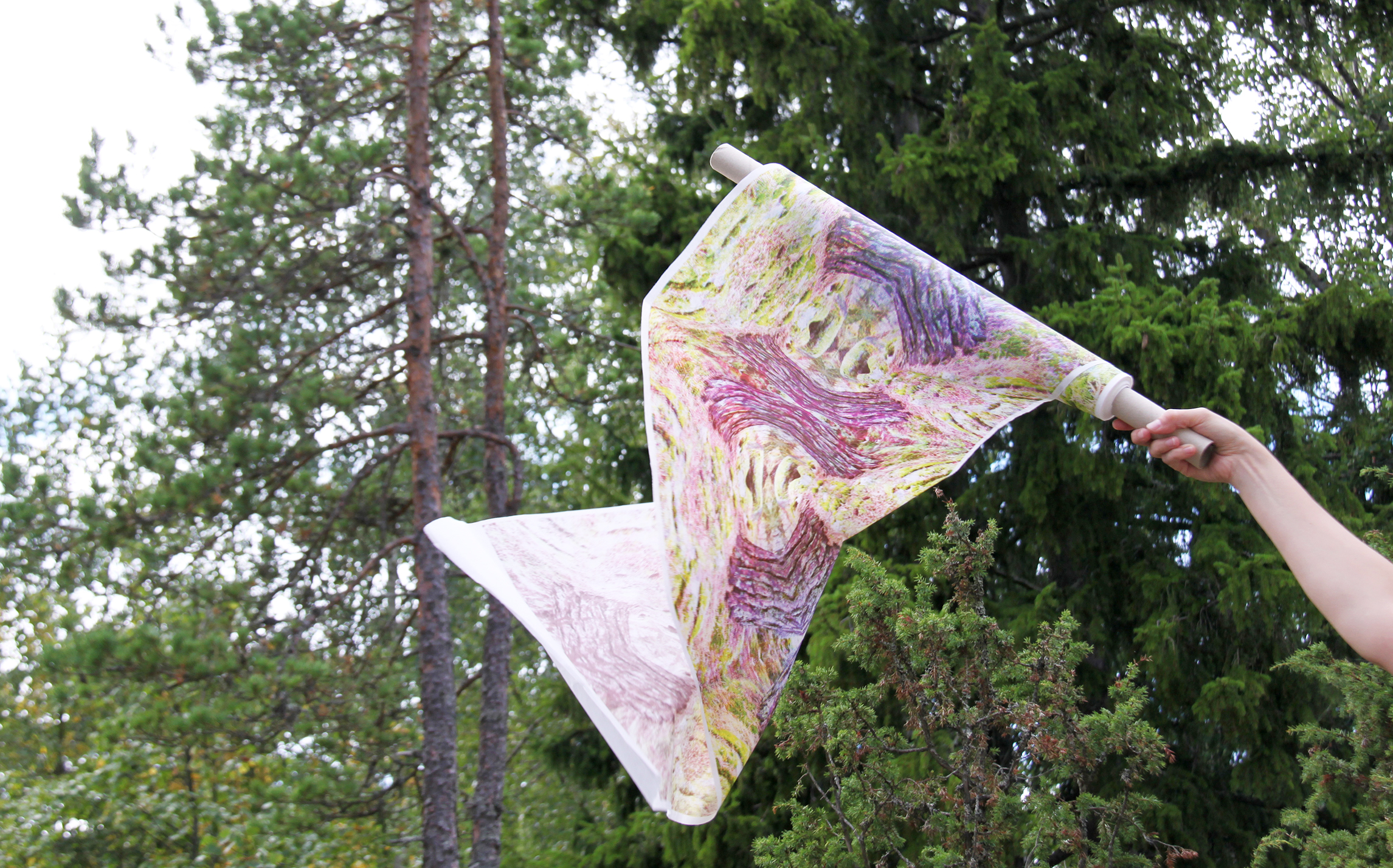